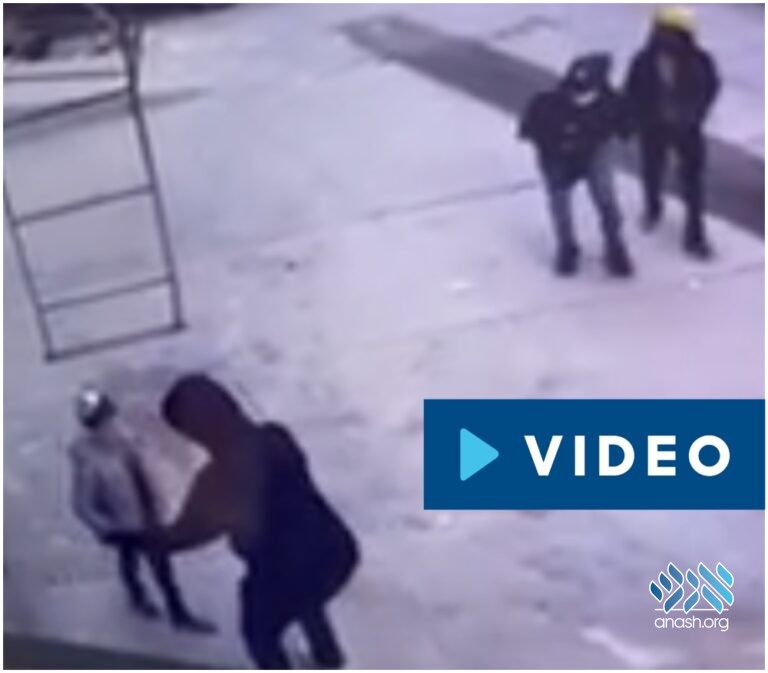 A 9-year old boy, walking with a friend, was taunted by a teenager who threatened to hug him and then lifted him up. Police ask that parents be reminded of the dangers out there and discuss with their children the best way to respond.

On Shabbos afternoon, a Crown Heights father was walking home with his 9-year-old son and his son’s friend. A half a block before arriving home, the father stopped at a relative’s house to pick up another child. The boys received permission from the father to continue walking and to go ahead for the remaining half a block.

Suddenly, one teen from a group of three attempted to block the boys from walking and demanded “Hug me, hug me”. One of the boys managed to slip away, but the teen trapped his friend. The 9-year-old boy refused to oblige, responding: “not today” with confidence while trying to walk away.

The teen then aggressively told the boy, “Hug me! Or else I’m going to pick you up!” When the boy refused to oblige, the teen made good on his threat and proceeded to pick up the boy while his friends laughed and took pictures.

This can all be seen clearly in the horrifying videos below (from two angles).

This story did not happen on some far off street, nor did it happen during the night. This happened on Lefferts and Kingston, in broad daylight.

The boy who managed to slip away at first began to run towards home, but then he turned around to call for help from other Yidden he saw in the distance. When the teens saw the adults approaching, they let the boy go and walked away as though nothing had happened.

This story is not being shared in order to frighten you or scare you. It is being shared because when the parents filed a report with the police, the police asked that they share these videos and remind parents that there ARE dangers out there, and that we need to teach our children how to respond.

The police complimented both boys on how they handled the situation so well. They stressed the importance of always walking in groups which in this case actually turned out to be helpful.

The police also asked that the community report incidents like these, as they are on our side, and want to be able to help. When we keep them in the loop about crimes in our neighborhood, they will be able to step in and help catch the perpetrators, as well as prevent future incidents