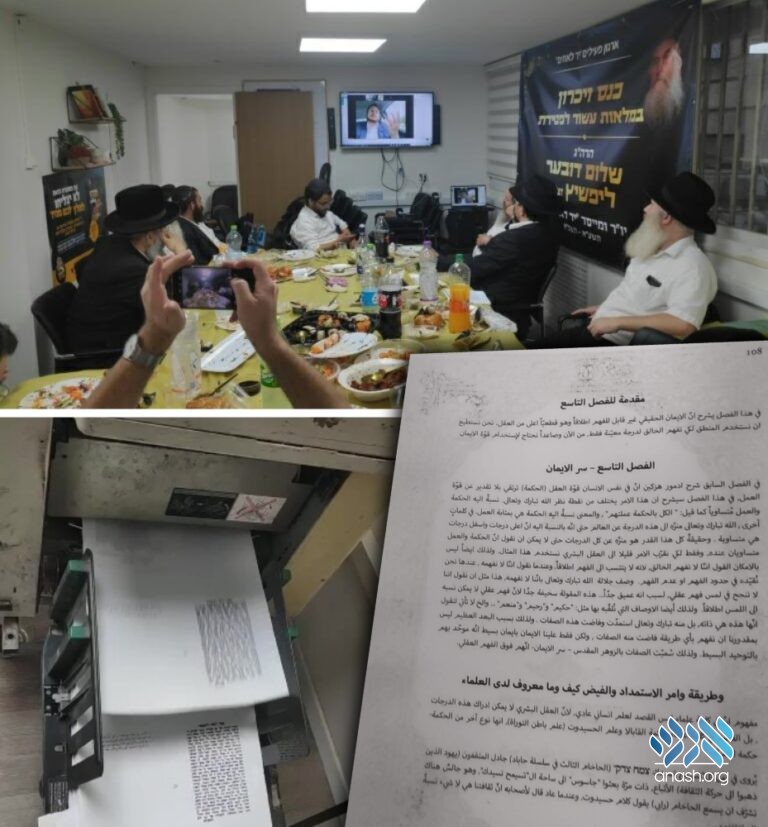 A special edition of Tanya with an Arabic translation was published recently by the Yad L’Achim organization, and will be sent to hundreds of Jews who live in Muslim countries in the Middle East.

A special edition of Tanya with an Arabic translation was published recently by the Yad L’Achim organization, and will be sent to hundreds of Jews who live in Muslim countries in the Middle East.

A special celebration was held this week for the publication of the special edition of the Tanya, translated into Arabic. Work on the text, known as the “Yad L’Achim Edition,” began on Elul 24,  5781, the 10th yahrtzeit of Hagaon Harav Shalom Duber Lifschitz, zt”l, who founded the organization and led it for 60 years.

The Yad L’Achim Edition has two volumes – the regular Tanya, in Hebrew, and “Sha’ar Hayichud v’haEmunah” in Arabic. The latter volume was edited by Dr. Yechezekl Ben Aharon who is involved in Yad L’Achim operations among Jews living in Arab countries.

The organization’s “Roots Department” is planning to include hundreds of copies in the Pesach packages it will be sending out next month to Jews in Arab countries. These packages, which will also be sent to countries that are enemies of Israel, contain matzos, hagados and other holiday needs.

Officials at Yad L’Achim say that printing books in other languages to assist in the spiritual advancement of Jews in various exiles was a top priority for Harav Lifschitz.

One of the last things he did before taking ill was arrange for a special publication of siddurim in the language of Caucasus Jews, known as “Mountain Jews.” In those day, Harav Lifschitz was quoted in the media as saying that “based on the enthusiastic response we’ve received from Caucasus Jews to the new siddur, we know that it has been an incentive to help them grow spiritually. In light of our success with Caucasus Jews, we must continue to make similar efforts with other communities and diasporas.”

A senior Yad L’Achim official expressed confidence that the Tanya books would succeed in awakening lost Jewish souls and bringing them back to the Jewish people. “We have no doubt that the light of the Torah of the Alter Rebbe will cause Jews in Arab countries to tear down the barriers that stand in their way, and return to the G-d of Israel and His people.”