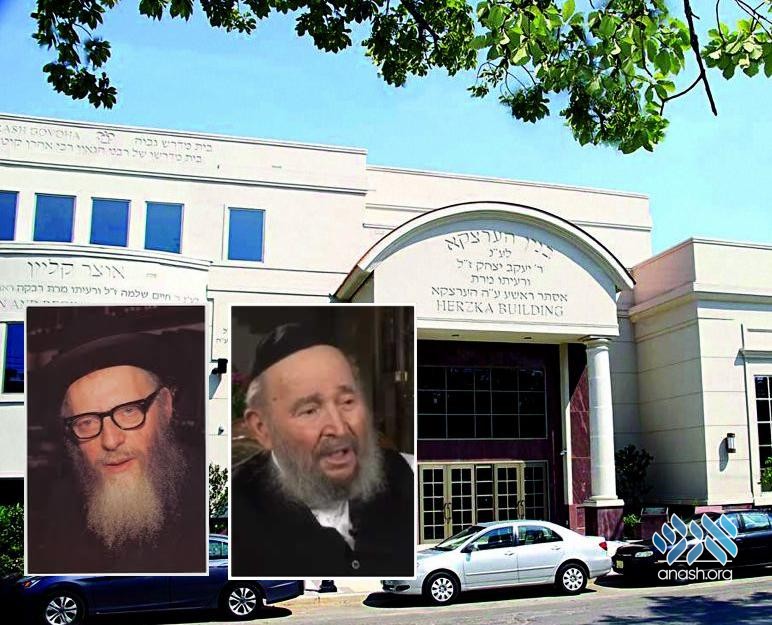 Article by Rabbi Akiva Wagner: When R’ Berl Weiss shared with the Rebbe how he had told R’ Schneur Kotler to allow Lakewood’s Tanya shiurim, the Rebbe asked him to repeat it, and the lesson we can all learn from that story.

The Rebbe Rashab once traveled with the Frierdiker Rebbe, and they stayed in a town for a while. During their stay, they would daven in the local shtibel of the Premishlane chassidim, and the Rebbe Rashab would listen to the stories that they told each other (it was there that they heard the story about “az men iz tzugebunden oiben falt men nisht unten”). They traveled (as they often did) incognito so that no one knew their real identity.

The Rebbe Rashab had a kevius, in the shtibel, to learn with the Frierdiker Rebbe from the sefer tur on Choshen Mishpat with the nosei keilim, after davening every day. While they were learning, one of the local chassidim would approach them daily, and say to the Rebbe Rashab “Yungerman, gib a bissel tabak”. He would mooch some tobacco from the Rebbe Rashab, and while he was rolling his cigarette, he would share some stories.

“We have a sefer that is very useful for this”, the chosid told him, and brought him a small sefer. The sefer was a Tanya (according to another version of the story, it was a Likutei Torah)!

The Rebbe Rashab leafed through the sefer for a few moments, and then concurred: “Yo, dos iz takeh zeier a gutter sefer” [Indeed, it is an excellent sefer]!

One of the ideas in the story, that I think is one of the central ideas of Yud Tes Kislev, is that Tanya is a good sefer. For that matter, so is Likutei Torah. And the rest of Chassidus. They are excellent and extremely useful seforim!

These are not just seforim that we learn because we’re supposed to, because we’re Lubavitcher chassidim, so we have to learn Tanya Chitas, and a perek Tanya, and if we really want to fill out our ‘chassidishkeit checklist’ then we need to be maavir sedra the chassidisher parsha.

Rather these are seforim that – when used as directed – can and do change our lives! Thus, these are what we want to learn.

A certain chassidishe yid recently returned home, after being hospitalized a few months due to covid-19. As we know one of the challenges of this illness is the loneliness it forced on those afflicted. However, this Yid, during his stay in the hospital, remarked to his son מסיח לפי תומו that he is perfectly OK. “I have my Likutei Torah here”, he told him, “what else do I need?!”

If we want to truly and properly celebrate Yud Tes Kislev, that the Rebbe Rashab made synonymous with אור וחיות נפשנו ניתן לנו, then we need to be able to appreciate the impact that Chassidus makes on our lives. אור וחיות נפשנו. It illuminates our lives and allows us to see everything differently, to see beyond the superficial helem vehester that this world is made up of. And by connecting us with our neshomos, it brings new life to us and to our Torah and mitzvos.

To achieve this, we need to learn Chassidus properly; – learn a lot of Chassidus, חסידות בשופי, and learn it in a personal way, אדעתא דנפשי’. That is the way to properly appreciate what we are gaining through learning Chassidus. We have to really delve into it and taste it in order to experience the טעמו וראו כי טוב ה’.

And such an appreciation must affect our approach to Chassidus. We can’t be learning it because we have to, to fulfill our chassidishe obligation. We need to be learning Chassidus because we want to, because it’s crucial for us and we’re dependent on it.

Reb Berel Weiss a”h was once in yechidus by the Rebbe and shared a conversation that he had with Reb Schneur Kotler. At that time, the Lakewood Yeshiva was cracking down on the various illegal Tanya shiurim, which were, subsequently, forced to go deeper underground. Some of the shiurim had to be relocated to neighboring towns (to avoid the harassment), which necessitated arranging transportation, and places etc.

“I said to him,” Reb Berel said to the Rebbe, “’Schneur, du bizt doch a kluge Yid, you’re a smart man. You can understand, that forcing the Tanya classes to go underground complicates matters and necessitates additional expenses. Let the Yeshiva, rather, not oppose them, and I can better give that money to the Yeshiva.’”

The Rebbe appeared to enjoy this narrative, and lifted himself up slightly from his chair, exclaiming “Vos hot ir em gezogt? Zog mir nochamol” [What did you tell him? Please tell me again].

The fact is that at that time there were hundreds of bochurim in Lakewood who were joining the weekly Tanya shiurim. They did not do that because they had to. On the contrary, they were given a very hard time because of it. They did it because of the difference that they saw that it made for them.

Let’s be honest, how many of us are still learning Tanya, – not saying Chitas, but really learning it and internalizing it and appreciating it? Unless, of course, we have to give a shiur in it, in which case part of the shiur is undoubtedly explaining to our listener’s how vital learning Chassidus is and what a difference it could make in their lives…

The Rebbe distributed a Tanya to all of us on more than one occasion, including on Yud Tes Kislev. He stood for hours handing out the Tanya. Many of us have at least one of these special Tanya’s in our home. It goes without saying that the purpose was to further inspire each of us and all of us to learn Tanya. And to learn it more frequently, and more properly.

This Shabbos is Rosh Hashana of Chassidus, it is a time when we contemplate and appreciate that אור וחיות נפשנו ניתן לנו. It is Rosh Hashana, a new beginning, a time when we must make a proper cheshbon hanefesh about our learning Chassidus up to this point, and to figure out how to improve and progress. Let us make sure to use this opportunity to make substantial hachlotos to rededicate ourselves to learning Tanya, Likutei Torah and Chassidus in general.