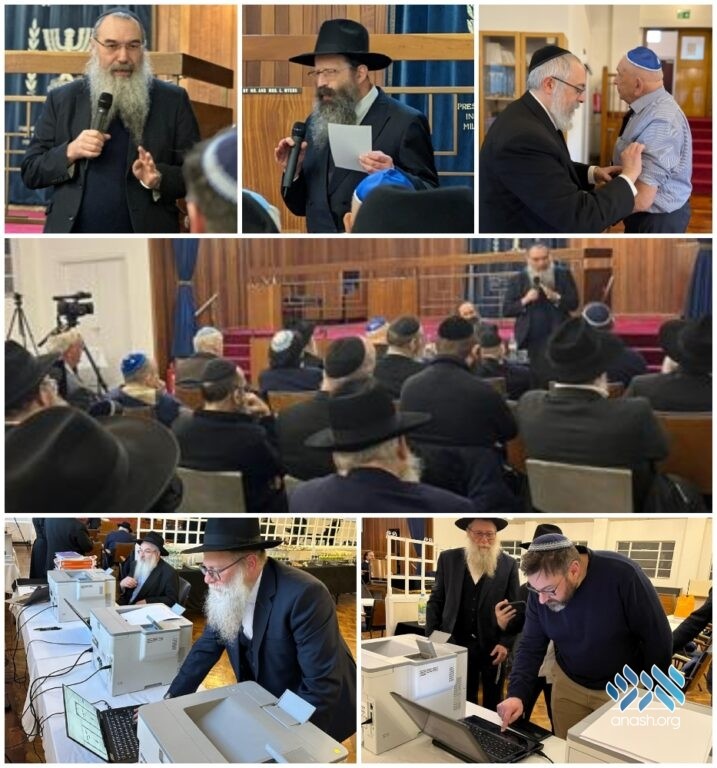 Congregants from the Leystone Synagogue of London joined with anash and shluchim for the printing of a new edition of Tanya in their shul; a new shiur in Tanya was immediately established.

In honor of Chof Daled Teves a Tanya was printed in Leytonstone Synagogue in London. Over 60 people attended, mostly comprising local members of the community, anash from Stamford
Hill, and Shluchim from neighboring communities.

The event was organized by Rabbi and Mrs. Yitzchok Austin, Rabbi of Leytonstone synagogue. The program started with the first guest speaker, Dayan Levi Yitzchok Raskin, Rov of Kehilas Lubavitch Stamford Hill, who compared the times prior to hisgulus hachassidus to golus Mitzraim.

The actual printing was taken care of by Rabbi Avrom Weisz and Mr. Colin Bharier. Mr.
Phil Schryber, chairman of the shul concluded the event by thanking all who were involved.

Bezras Hashem a regular Tanya shiur is going to be organized in the shul in response to the great interest shown at the Tanya printing event.