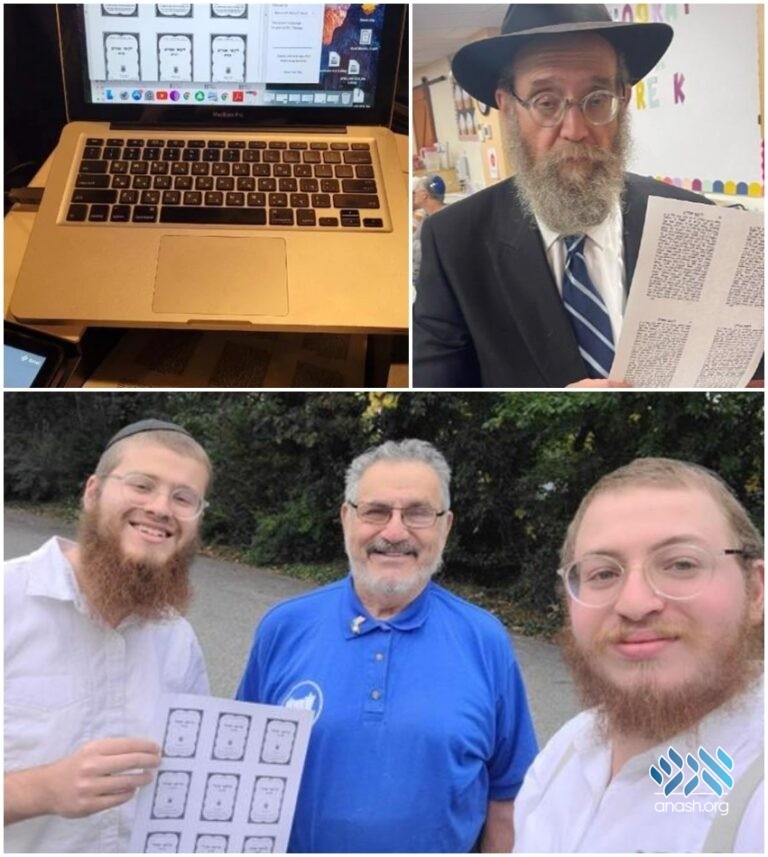 A mission started 38 years ago, to print the Tanya in each of the 282 zip codes of Long Island, New York, finally came to its successful conclusion just this month.

It was 1984, and the Rebbe had just issued a call to action: In every place where there is a Jewish population, a Tanya should be printed.

Rabbi Leibel Baumgarten was a young man at the time, heavily involved in volunteer rabbinical work in Long Island. So when the Rebbe set out this goal, that’s where his mind went: Long Island. But not just to print one Tanya for all of Long Island. Baumgarten wanted to print a Tanya in every single ZIP code of the island. All 282 of them.

“I saw how happy it made the Rebbe,” he tells Chabad.org. “I watched videos of people bringing newly printed Tanyas to the Rebbe from various locations, and the Rebbe would show huge gratitude, it mattered so much. So I set out to get it done, U-Haul in tow.  But back in the 80s, it was much more difficult, a whole operation,” continues Baumgarten, now co-director with his wife, Goldie of Chabad of the Hamptons on the east end of Long Island.

The Rebbe explained that the Tanya brought the mystical part of the Torah to every Jew. Until it was published, only a select few were allowed to learn these hidden secrets of Chassidic thought, as they were handed down from teacher to teacher. When the Alter Rebbe, published the Tanya, he compiled these secrets into a book, teaching every reader how to use the mystical side of Torah to motivate a new life and energy into daily Jewish practice.

It’s not enough that the Tanya exists though—the Rebbe wanted it to reach every Jew. The Rebbe explained that people would feel a personal connection if the Tanya was printed in their own locality, an even stronger motivation to learn the treasures inside. The Rebbe wanted 100 copies printed in each locality, and not just printed, but learned from.

A Portable Printer, Paper, Ink and a U-Haul

In the 1980s, there wasn’t yet a strong permanent Chabad presence in most of Long Island. Baumgarten and his friends mapped out 282 ZIP codes, but they didn’t have a contact to call in each one or anyone to host their “pop-up print shop.” That’s the only way to describe it, really. They would rent a U-Haul to carry the huge printer and the ink supply needed to print 100 copies. Since this was a pop-up print shop, they usually also needed to bring along a generator.

Sometimes, they’d set up shop in the middle of a mall and just start printing, while learning and explaining their actions to any curious passer-by. Sometimes, it was fine; other times, the police would come and kindly tell them they needed to move. That’s when the ambitious young men would simply look for a more discrete spot to complete the job.

After each printing, some copies would be given to locals, and one would be sent to the Rebbe. For every copy, the Rebbe would send back a $20 bill with a message of gratitude. Hearing how gratified the Rebbe was with each new Tanya motivated Baumgarten to keep going.

“I used up all of the money that my wife and I received as wedding gifts. It was worth it for the nachas it brought the Rebbe,” he said.

Then, things got tough; the mission slowed down and eventually came to a stop.

“I was out of money; it was getting too difficult; I didn’t print anything more for the next few decades. But it bothered me that the mission was incomplete. A year ago, in 2021, something stirred in me, and I decided we’re going to complete this. Every ZIP code in Long Island will finally have a Tanya of its own.”

Now co-director of Chabad of the Hamptons with his wife, Goldie,  the rabbi gathered funds and set back to work with the same spirit and excitement as the young man he was decades ago.

“People understood the significance and were moved to contribute,” he explained. “A family I know was in a terrible situation. Their young daughter had fallen ill with coronavirus, and was in the ICU. I called up the father and asked if he would sponsor a Tanya printing in his ZIP code, as a merit for his daughter’s recovery. He immediately said yes and sent over the funds, and, of course, we immediately got to work. The very day we printed that Tanya, he brought his daughter home from the ICU.”

He noted that “there’s a deep spiritual significance here. We kept seeing amazing blessings like this one.”

After printing 100 copies in the 80s, there were 182 ZIP codes remaining. The number was intimidating, but unlike in the 80s, it was much easier for Baumgarten to find friendly accommodations; there were now 34 Chabad centers in Long Island, with 50 emissary couples with thriving communities eager to host printing parties.

Baumgarten even got to host a printing in his own East Hampton home, where he organized a special farbrengen and Tanya studying to mark the event.

Shortly after reviving his goal, Baumgarten heard of a young man named Mendel Bleich, who was rumored to be a Tanya-printing aficionado, so he called him up.

Bleich began printing Tanyas in March of 2020, when the coronavirus breakout left him and his friend Yosef Mintz stranded in the Himalayan Mountains.

“We knew there had to be a reason we were stranded in India, something good we had to do,” Bleich explained. “But the usually bustling Jewish population was gone— the Israeli government had flown all the Israelis back home.”

Bleich and Mintz realized they could print Tanyas. So they researched how, acquired equipment, and printed Tanya editions in five Himalayan towns. When he finally did manage to get back home to the United States, Bleich brought the new knowledge and experience with him, and set out looking for more Tanya printing opportunities.

Bleich and Baumgarten were a perfect match. Baumgarten shared his ZIP code and friend list with Bleich, gathered funding, and Bleich went around to do the printing along with his friend Mendel Baron.

Bleich always made sure to learn chapter 32 of Tanya whenever he printed. “It talks about loving every Jew, unconditionally. Looking past the human exterior, and appreciating each person for who they are inside. That’s the most important thing we need to remember to do.”

On Sept. 15, corresponding this year to the 18th of Elul, the 282nd Long Island Tanya was printed, marked by a special event at ZIP code 11566, which covers mostly Merrick, Long Island.

“Thanks to Rabbi Baumgarten’s tireless work, we have had the great merit of printing tens of thousands of Tanyas across Long Island, from border of Queens to Montauk,” says Rabbi Tuvia Teldon, co-director with his wife, Chaya, of Lubavitch of Long Island.  “Now begins the real work: getting more Jewish people to learn Tanya and be inspired by its timeless teachings.”

The 18th of Elul, also known as Chai Elul, is the birthday of both the Baal Shem Tov and the Alter Rebbe. The Baal Shem Tov once said that Moshiach would come when the wellsprings of Chassidus were spread out to all corners of the earth. Now, Rabbi Leibel Baumgarten can say for sure that it has reached every single corner of Long Island.