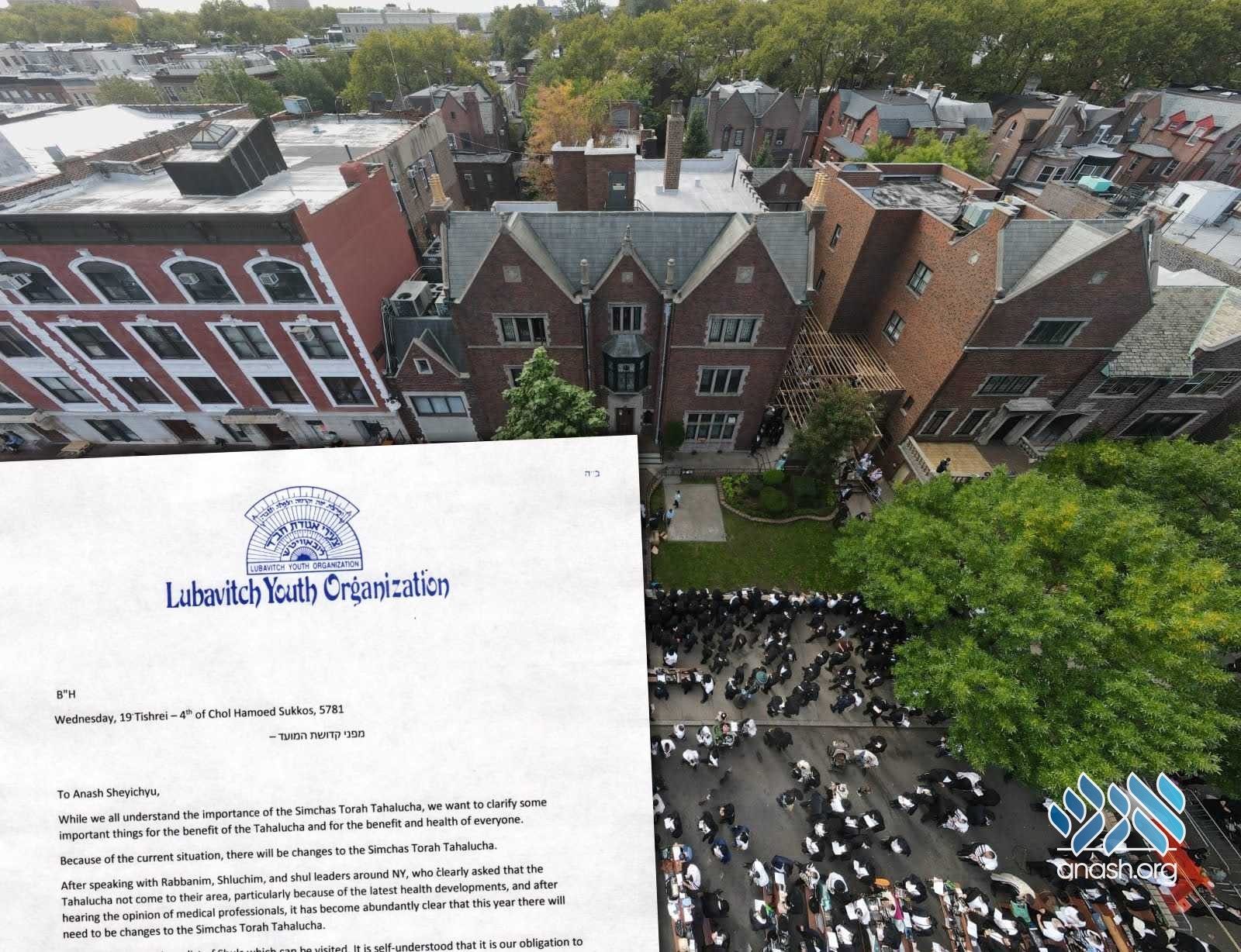 Following requests from shluchim and rabbonim across NYC, Rabbi Shmuel Butman of Tzeirei Agudas Chabad has announced that only organized tahalucha will take place this Simchas Torah.

In a letter to Anash, Rabbi Shmuel Butman, director of Tzeirei Agudas Chabad, announced that due to the pandemic, tahalucha will be different this Simchas Torah.

Communications from various shuls and Chabad Houses across NYC have come in requesting that bochurim refrain from visiting and potentially risking the health of other communities.

One such letter came from Rabbi Shlomo Kugel of Chabad of the Upper West Side in Manhattan who stated that in the past, bochurim have made a tremendous kiddush Hashem by walking all the way from Crown Heights to be mesameach the community.

This year, however, the kiddush Hashem will be made by their not coming, Rabbi Kugel said. “Shuls in the Upper West Side are not prepared to welcome those who come from other neighborhoods and communities.”

In its announcement, Tzeirei Agudas Chabad stated that no list of shuls will be put up, as “it is self-understood that it is our obligation to respect the shuls and the well-being of each and every community.”

Instead, there will be direct communication between tahalucha organizers and shul leaders, and anyone wishing to visit a community will need to go through the proper channels.

Rabbi Butman also requested that bochurim not go on tahalucha on their own initiative, since, in addition to possibly jeopardizing the health of others, it may risk the future of tahalucha. “The world is watching,” he warned. “We must do our very best to behave responsibly.”