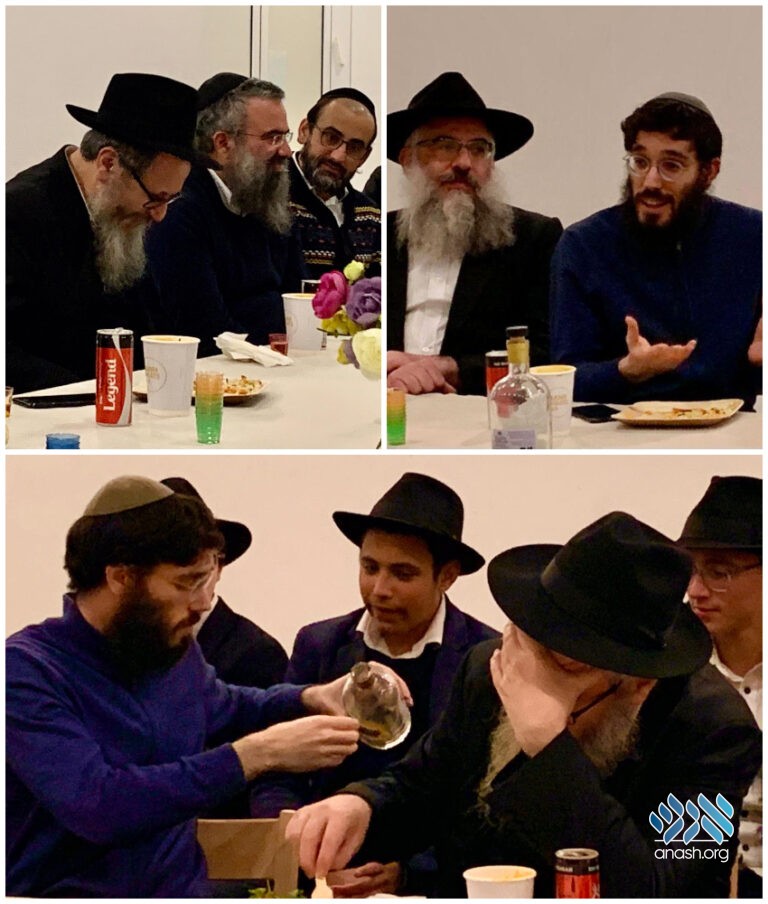 Members of the Sydney Jewish community gathered for an inspirational Gimmel Tammuz farbrengen and lecture with Rabbi Yaakov Glassman from Melbourne, Rabbi Michoel Gourarie of Sydney.

The first in the world: Despite the corona restrictions in Victoria, Australia, the community in Sydney opens the Tammuz events around the world.

The event began with a special shiur with the Shliach and lecturer Rabbi Yaakov Glassman from Melbourne, followed by a large farbrengen with the Mashpia Rabbi Michoel Gourarie of Sydney.

In Sydney, Australia, the evening of ‘Yom Habahir Gimel Tammuz’ opened tonight with a mass farbrengen for the whole community, under the slogan “The Enigma of Jewish Identity” accompanied by a fascinating lesson by Rabbi Glassman, and a sweeping Farbrengen into the night with Rabbi Gourarie, and personal stories from Rabbi David Slavin, who shared a story about the time the Rebbe tested him on Chumash.

Shliach Rabbi Chaim Levy, who organized the farbrengen, summed up the event in terms of the point of view of a shliach who did not merit to see the Rebbe physically.

The crowd undertook to strengthen themselves by adding the light of Judaism and the light of Chassidus to their lives, and to spread them as far as possible.