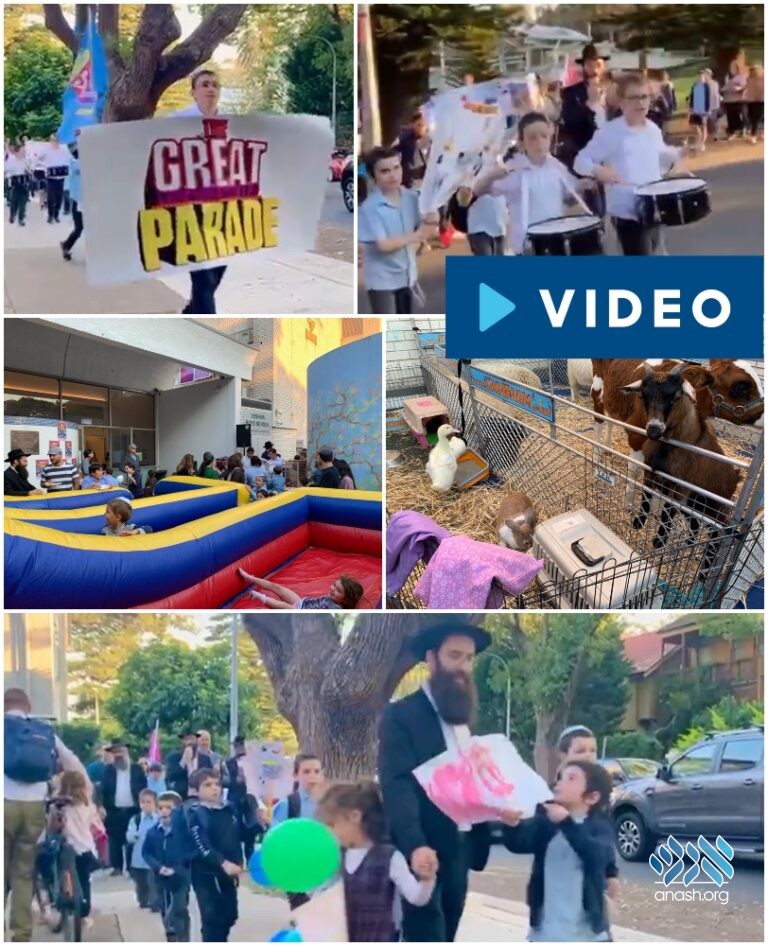 Children in Sydney, Australia, gathered for a Lag B’Omer rally and parade. The kids gave tzedakah, recited the twelve pesukim, and marched in the traditional Lag BaOmer spirit, with their Jewish pride proudly on display.

The Lag B’Omer events have already begun in Sydney, Australia. Under the banner sign “גאון יעקב” the pride of being a Jew is considerable, in a huge pride and a glorious rally.

A large crowd from all circles and suburbs came to participate in the first Pride in the world for the year 5781. The march took place on the main road in Bondi-Sydney to the amazement of the locals and residents of the area.

The parade was arranged by Cheder Chabad Yeshiva College Sydney, Australia, with the participation of the shliach Rabbi Dudi Slavin and Rabbi Chaim Levy.