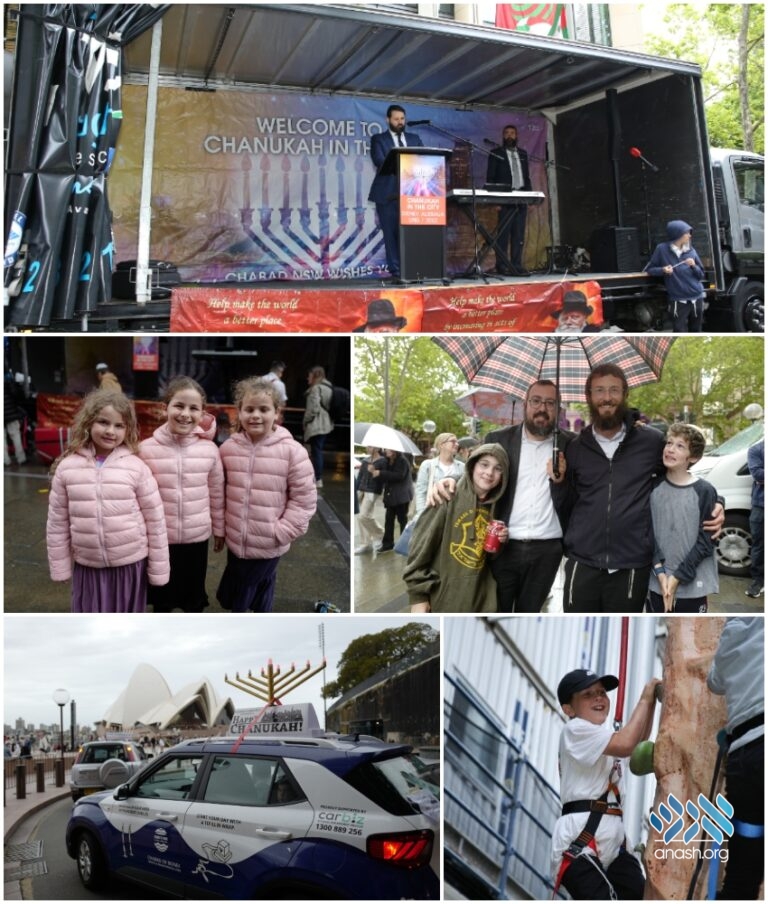 In a public celebration of unity, Chabad Youth NSW and the Sydney Jewish community hosted a Giant-Menorah lighting ceremony, opposite Parliament House, the seat of the NSW Government.

For the 36th year running, Chabad NSW in conjunction with CBDChabad Sydney hosted Chanuka in the City located in Martin Place, opposite Parliament House, the seat of the NSW Government.

Despite the unpredictable blustery weather, following a beautiful car menorah parade that snaked its way from Vaucluse to the Opera House via various iconic landmarks, the event was well attended by a wide range of Sydney Jewish Community members as well as various representatives of local and federal government.

With the backdrop of classic Chanukah songs played by Cantor Yehoshua Niasoff and a special guest performance by Robert Tiecher, there were rides and entertainment for young and old alike.

The attendees were addressed by Senator the Hon. Tim Ayres, representing Prime Minister Anthony Albanese and Kellie Sloane. Liberal candidate for Vaucluase who read a special letter for the event from the Premier.

After the lighting of the Menorah, the attendees enjoyed a comic juggling act by international performer Mr. Gorski.

The event was organised by Rabbi Elimelech Levy of Chabad Youth NSW and Rabbi Danny Yaffe of CBDChabad Sydney. Thanks were extended to everyone who helped make the event a success.