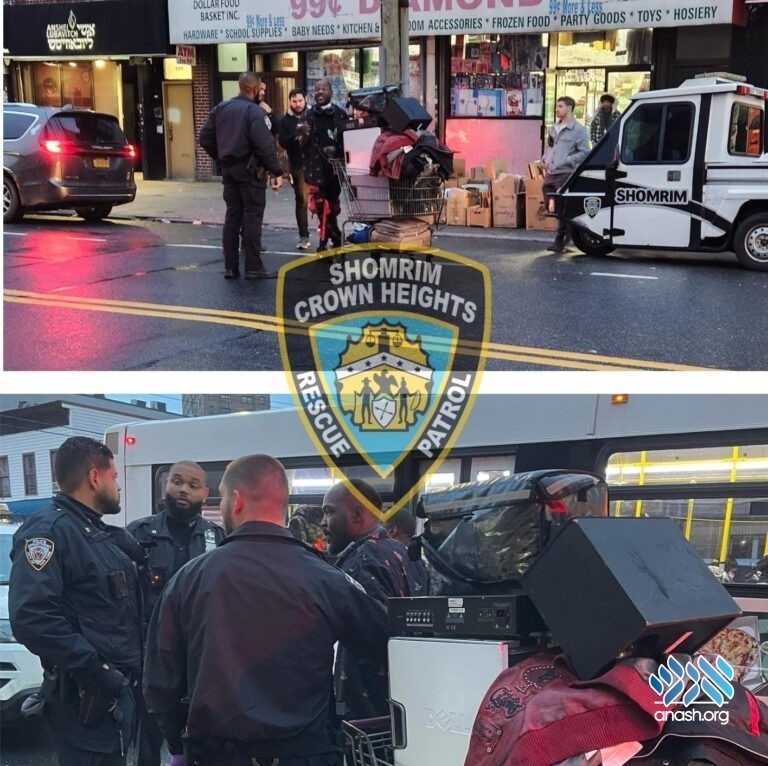 A homeless man was arrested Tuesday afternoon in Crown Heights after stealing a cell phone from a Jewish resident. Shomrim found dozens of credit cards in his possession.

A homeless man was arrested Tuesday afternoon in Crown Heights after stealing a cell phone from a Jewish resident.

The incident unfolded when an alert resident noticed a homeless man enter his neighbor’s porch and steal a phone which was lying unattended. The man immediately called Shomrim and then followed the suspect from his car.

Shomrim volunteers engaged the suspect in conversation until the police arrived and arrested him after receiving eyewitness testimony.

“We also saw many credit cards in his possession,” a Shomrim volunteer told Anash.org. “We laid out the story to the responding officers and they made the arrest and took him and all his possessions to the local precinct.”

“Thanks to a fast-acting neighbor who witnessed a subject stealing a phone from private property and a fast response by our volunteers and the 71st Precinct working in collaboration, one subject was placed under arrest,” shomrim said.