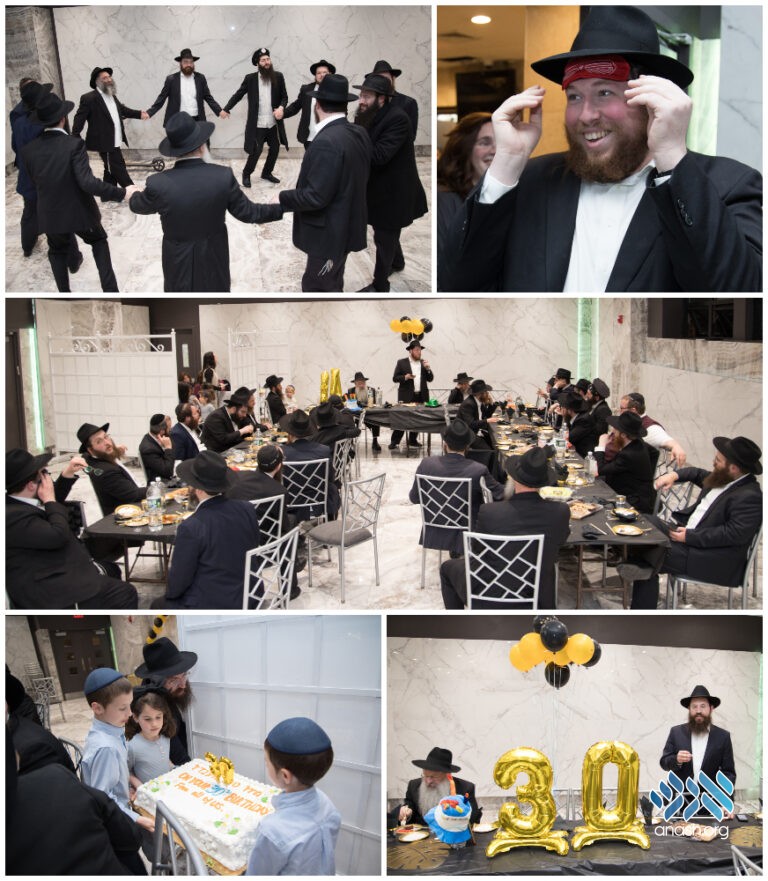 Friends, family and colleagues of Rabbi Mendel Levin, director of Tzivos Hashem in Oholei Torah, gathered on Sunday to surprise him on his 30th birthday and celebrate all he does for Crown Heights children.

Friends, family and colleagues of Rabbi Mendel Levin, director of Tzivos Hashem in Oholei Torah, gathered on Sunday to surprise him on his 30th birthday.

Rabbi Levin is the base commander of Tzivos Hashem in Oholei Torah, and in his capacity he is always creating programs and activities for the boys of the school.

In honor of his 30th birthday, Rabbi Levin had planned a modest birthday farbrengen in his house. Unbeknownst to him, a full-fledged celebration was being planned by his family, including his siblings who were unable to attend in person, but helped plan the party from afar.

When he arrived home, Rabbi Levin was taken blindfolded to Lubavitch Yeshiva Hall, where his family and friends were waiting to surprise him. When he walked in, they greeted him with cheers of “mazal tov”, and broke out into a joyous dance.

As the party progressed, a 30 paragraph grammen was sung about all the “hats” Rabbi Levin wears, in his position, and brachos and divrei Torah were shared. A special video compilation of all the times Rabbi Levin went by the Rebbe was shown, followed by Mazal Tov clips by those that couldn’t attend.

The party continued with a humorous Kahoot game, l’chaims and a chassidishe farbrengen.

Leave a comment below to wish Rabbi Levin mazal tov!