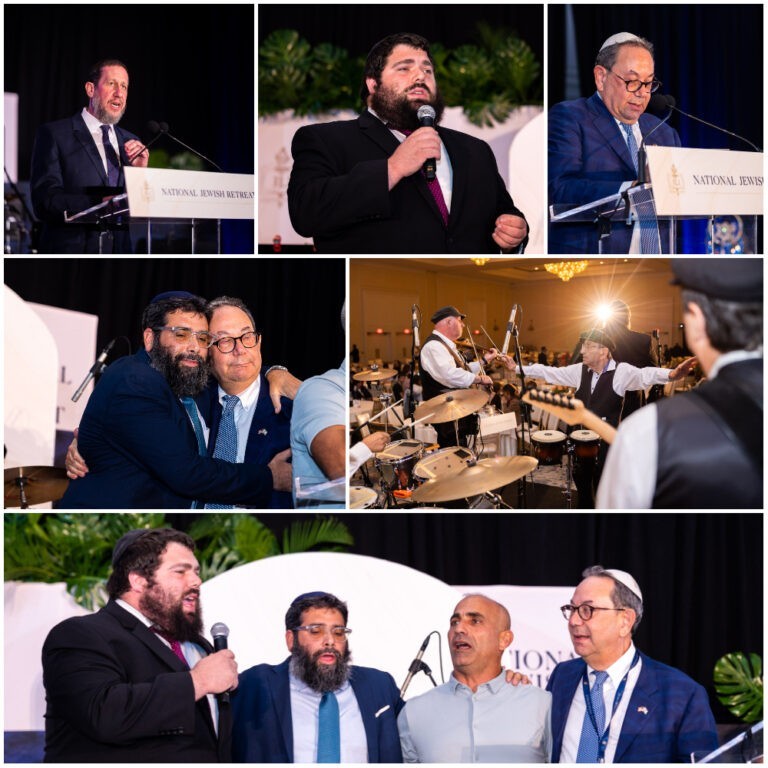 Kevin Speigal’s wife Judy passed away in the Surfside Collapse. At the National Jewish Retreat, he reunited with the Jewish heroes who came to the rescue in a time of tragedy.

At 1:00 AM on June 24, 2021, Kevin Speigal was on a business trip to California and couldn’t sleep. He checked his phone and saw news of a collapse in Surfside; it was his home. His wife of over forty years, Judy Speigal, was inside.

Kevin caught the first flight to Miami. “It was horrific,” he said, “It was like a bomb exploded; there was more rubble than building.” When IDF Col. Golan Vach heard the news, he also caught the first flight to Miami together with the Search and Rescue team he heads. “It was among the most difficult and complicated situations I’ve ever seen,” Col. Vach said. His team worked day and night for weeks, hoping to rescue dozens of missing people trapped in the mangled concrete and metal.

While they waited anxiously for any news of their missing loved ones, families sought shelter and kosher food just up Collins Ave at The Shul of Bal Harbour. Rabbi Sholom Ber Lipsker led the effort to turn the Shul’s unfinished social hall into a distribution center for the people who lost their homes.

“We made a conscious decision,” Rabbi Lipskar said, “that we’re not just going to get pizza and hot dogs. We were getting fish, steak, chicken, whatever they needed. Together, he, Rabbi Zalman Lipskar, and dozens of other South Florida Shluchim worked to feed, house, and provide for the community’s needs.

Finally, on July 9th, the Speigel family learned that Judy had been found. “It was one of the hardest days of our lives,” Judy and Kevin’s daughter Rachel wrote. The family thanked the first responders, including Col. Vach’s IDF team. Now, just over a year later, Kevin Speigal rejoined Col. Vach and Rabbi Zalman Lipskar at the National Jewish Retreat in Miami. A touching video recounted their stories, and The Holocaust Survivor’s Band and Cantor Aryeh Hurwitz joined them as they sang “Acheinu Kol Beis Yisroel.” Poet Tanya Chazanow then honored the victims and heroes with a spoken word poem.

In his remarks, Col Vach spoke movingly of how the tragedy made him realize that the entire Jewish people are indeed one family. Mr. Speigal spoke of his wife and thanked all who mobilized in the wake of the tragedy. Following this, the retreat heard a tribute to the victims, survivors, and heroes of the disaster from Rabbi Yitzchak Schochet and Miami Dade Mayor Daniella Levine Cava. Referring to the video they had all just seen, Mayor Cava said, “that has to be the best video I have seen about the Surfside tragedy.”