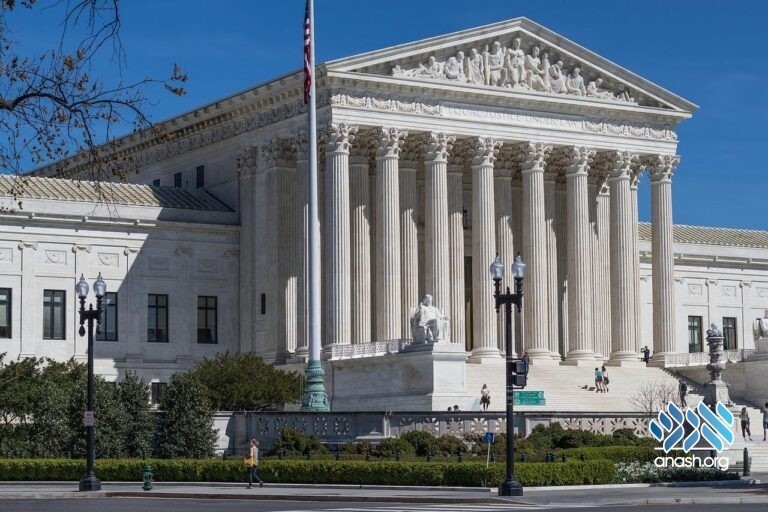 The Supreme Court has overturned its 49-year-old Roe v. Wade decision that legalized abortion throughout the U.S. and left the issue up to each of the 50 states. Jewish groups welcomed the decision.

The Supreme Court has overturned its 49-year-old Roe v. Wade decision that legalized abortion throughout the U.S. and left the issue up to each of the 50 states.

“Roe was egregiously wrong from the start,” Alito wrote for the majority. “Its reasoning was exceptionally weak, and the decision has had damaging consequences.”

Moments after the historic ruling was handed down, Agudath Israel of America issued a statement saying it “welcomes this historic development.”

“Agudath Israel has long been on record as opposing Roe v. Wade’s legalization of abortion on demand. Informed by the teaching of Jewish law that fetal life is entitled to significant protection, with termination of pregnancy authorized only under certain extraordinary circumstances, we are deeply troubled by the staggering number of pregnancies in the United States that end in abortion.

“We do not seek to impose our religious beliefs on the broader American society. We are of the view, however, that society, through its laws, should promote a social ethic that affirms the supreme value of life. Allowing abortion on demand, in contrast, promotes a social ethic that devalues life.

“To be sure, there are certain extraordinary circumstances where our faith teaches that a woman should terminate her pregnancy. Agudath Israel fully supports her right to abortion in such situations, both as a matter of constitutional free exercise and moral principle. However, it must be reiterated that these cases are indeed extraordinary, rare exceptions to the rule that fetal life is entitled to protection.

“We pray that today’s ruling will inspire all Americans to appreciate the moral magnitude of the abortion issue, and to embrace a culture that celebrates life.