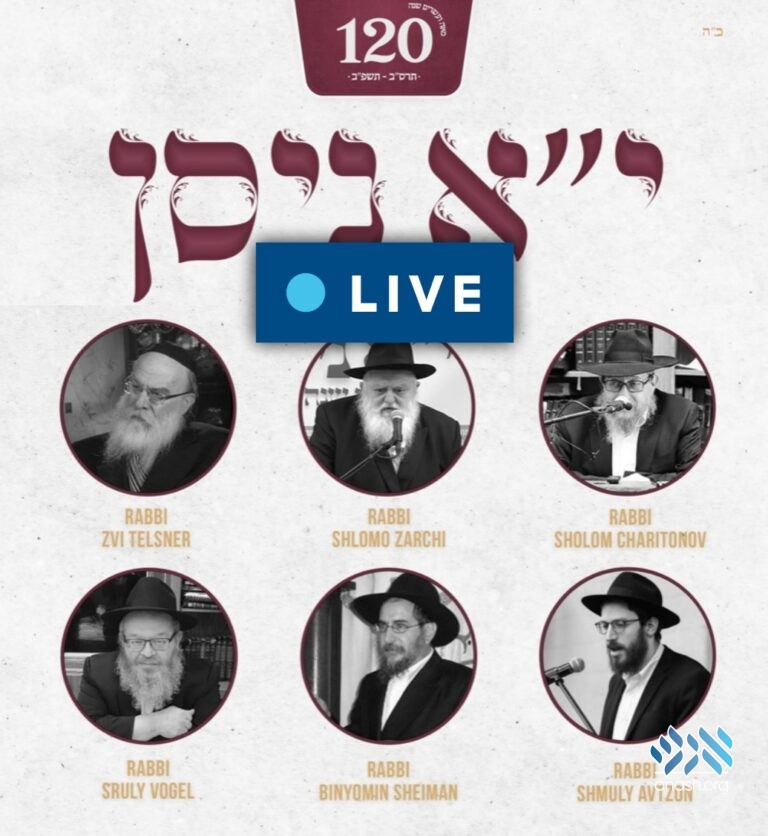 A grand Kinus taking place at 770 Eastern Parkway – and broadcast around the world – will discuss ways to prepare for the Rebbe’s 120th birthday, and encourage Chassidim to each begin their personal preparations.

This year Yud Alef Nissan, Chassidim around the world will be celebrating the 120th birthday of our dear Rebbe. While still six months away, preparations for the momentous day are already in full swing.

A special gathering will be held Sunday evening, 11 Cheshvan, in 770 Eastern Parkway, at 9:00 PM. The gathering will be addressed by rabbonim and mashpi’im who will discuss ideas on how to prepare for the Rebbe’s 120th birthday, and encourage chassidim to each begin their personal preparations.

Thousands of Bochurim from Yeshivos in the New York area will be joining in person in 770. Yeshivos that cannot attend in person will join via live stream.

Rabbi Binyomin Scheiman, Shliach in Chicago, who will be arriving especially from Chicago to address the kinus, will speak on the necessary preparations for such a momentous day.

Rabbi Yisroel Noach Vogel of Postville, Iowa, who is known for his extraordinary memory, will speak about Yud Alef Nissan by the Rebbe through the years.

Rabbi Shmuly Avtzon, of Sichos in English, will speak about the proper way to utilize the day of Yud Alef Nissan to strengthen our hiskashrus to the Rebbe.

The gathering will be followed by a Chassidishe farbrengen will the mashpi’im and shluchim.

The kinus is being arranged by a group of English-speaking bochurim currently studying in the central Yeshivas Tomchei Temimim in 770.