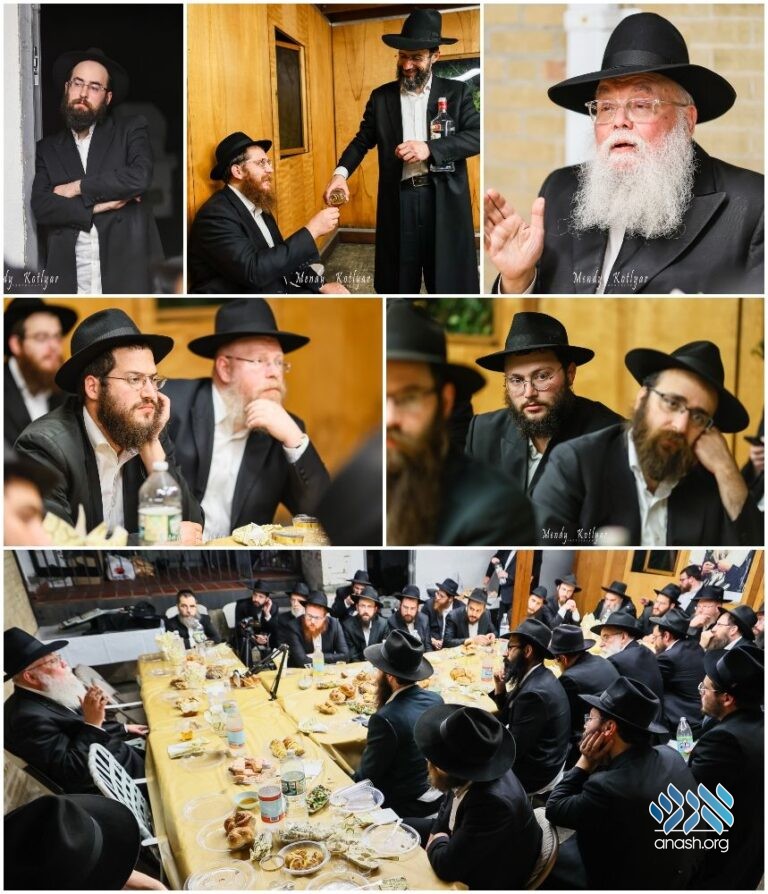 The mechanchim gathered round the festive set tables, enjoying the bountiful spread of fresh hot salmon, salads, and more, when they were introduced to the evening’s guest speaker – Rabbi Schneur Zalman Wilschanski, Rosh Yeshiva and Rov in Morristown, NJ.

Rabbi Wilshanski enthralled the crowd, relating numerous memories of the chinuch of yesteryear and how to bridge the gap towards contemporary chinuch. In his inimitably warm and charismatic style, he recounted stories of the great mashpi’im of the past—of Reb Nissen Nemanov, Reb Shlomo Chaim Kesselman and many more. He also spoke of his illustrious father, R’ Refoel Wilschanski, who had suffered for Yiddishkeit under the communist regime.

He shared how the Yad Vashem Museum had once interviewed his father, saying, “You endured such travails through the years of imprisonment… have you never considered abandoning your shlichus and living a simple life like millions of others and be spared all this trouble?” The look on his father’s face then bespoke the message that permeated his being, as he blurted out in response, “What’s the question? There is no other way!”

Rabbi Wilschanski connected this message to the mechanchim, stating how they too, in their respective classrooms manifest the confidence and certainty that “Moshe Emes V’sorososoi Emes” – Yiddishkeit is the truth, that “there is no other way”, whereupon he touched on some of the chinuch fundamentals vital to today’s generation; namely emunah and bitachon, basic Yiras Shamayim, and emunas tzaddikim. He conveyed how lucky we are that the Rebbe continues to infuse us with tremendous kochos and powers. His inspiring messaging was interwoven with fascinating personal stories that captivated the mechanchim until way after midnight.

“The entire event, both the gashmius and the ruchnius was so beautiful,” said one mechanech. “The concept of the mechanchim Sukkos farbrengen was so beautiful – it takes Yom Tov into chinuch.”

Indeed, the camaraderie of mechanchim coming together on Yom Tov was truly unique.

As Rabbi Avrohom Bluming, Executive Director of Igud Hamelamdim puts it, “Yom Tov is a time when family gets together, so does the mechanchim family. What’s a better way of rejoicing on Yom Tov than focusing on the beauty and the joy of their cherished shlichus of chinuch, educating our precious children, the leaders of tomorrow’s generation. “