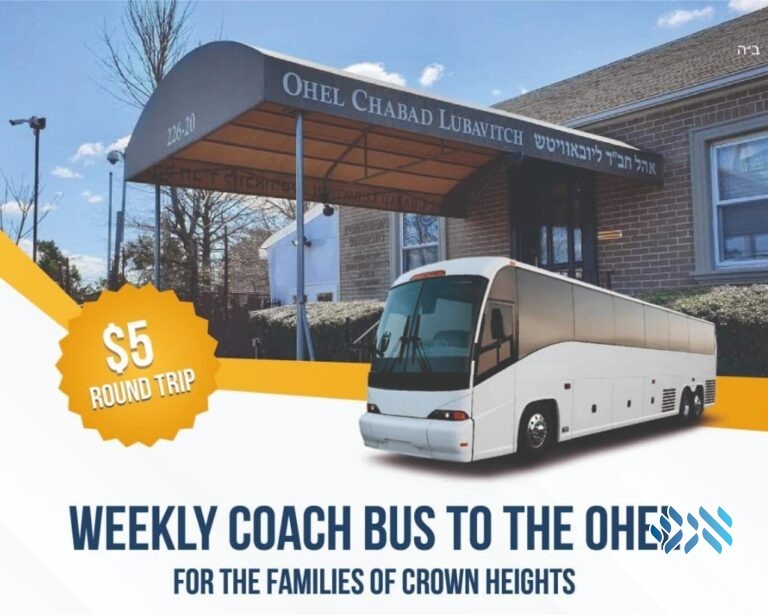 A new bus service to the Rebbe’s Ohel will be geared to Crown Heights families, leaving and returning at hours that will allow parents to travel with their children.

A group of Crown Heights activists recently launched a new bus service to the Ohel that is geared towards families with children.

On Thursday, Isru Chag Sukkos, the bus will make two round trips to the Ohel. The first will depart from President and Kingston at 6:00 PM. The second trip with depart at 8:45.

On Thursdays, the bus will make an early morning trip leaving Crown Heights at 5:30 AM.

The buses will wait by the Ohel for approximately 45 minutes and will return just after 2 hours after leaving.

Organizers told Anash.org that the new service is being launched specifically with Crown Heights families in mind, many who have children and are unable to make it at the other times offered.

After a break for Sukkos the bus service will resume starting Thursday morning. The price is subsidized, and will only be $5 per person.

“We are open for feedback and would like to hear from families what would be most convenient for them to allow the maximum number of families to utilize the service,” organizers said.