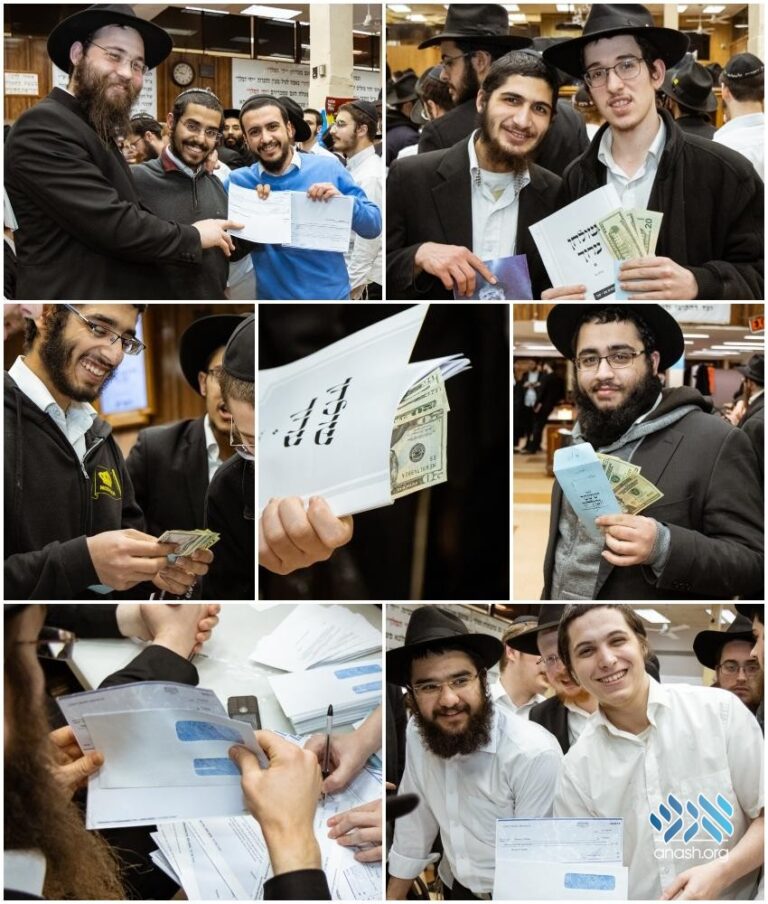 Hundrends of kvutzah bochurim studying in 770 received generous monetary stipends for strict adherence to seder and passing tests on the material they studied.

A new program aimed to encourage the learning of kvutzah bochurim in 770 has been distributing generous stipends to those who strictly keep seder and pass tests on the material they studied.

Earlier this week, bochurim took the third test on the study material of the month of Tevet. Following the successful tests, on the night of Rosh Chodesh Shevat, prizes totaling thousands of dollars were distributed for the month of Teves.

“The results speak for themselves,” organizers said. “Our goal is that a Bochur invests all his energy in studying the Torah without having to worry about the basic living needs on his own.”

The program was organized by Igud Talmidei Hakvutzah, the organazation that created the quarantine campus for the students arriving from Eretz Yisroel back in Elul.

Over 200 bochurim have joined the program, which has tracks for the study of Gemara, Halacha and Chassidus. The goal is that all those participating will have completed the entire Bava Metziah, the first volume of the Alter Rebbe’s Shulchan Aruch, and the Rebbe Rashab’s hemshech of Samach Vov by the end of the year.