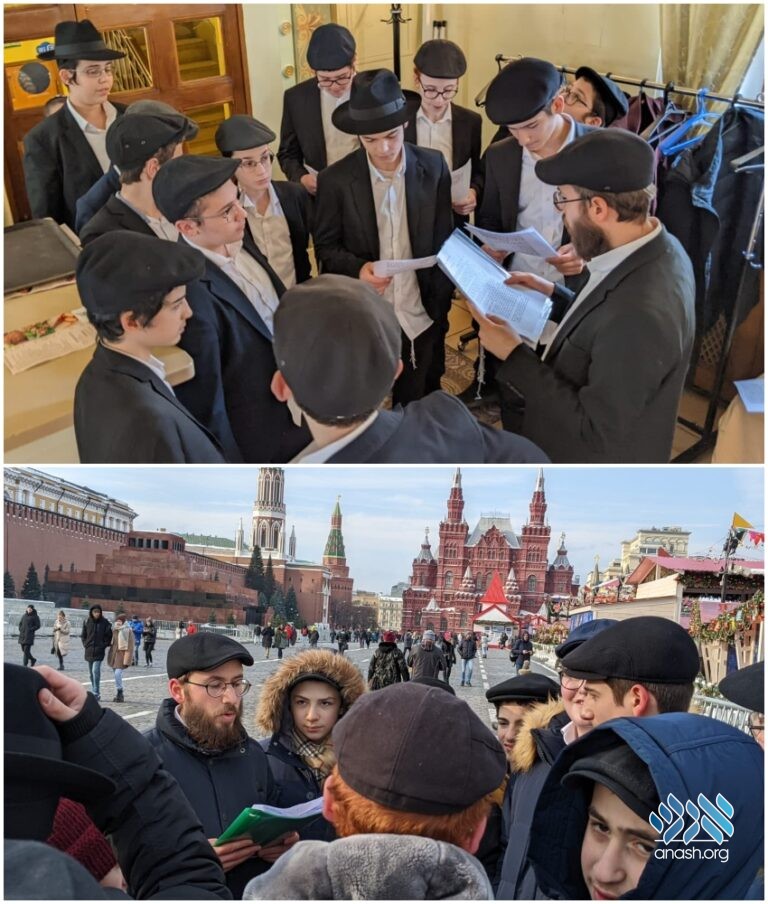 Ninety-five years after the Frierdiker Rebbe delivered the historic maamer V’Kibel Hayehudim on the night of Shushan Purim Katan 5687, students at the Chabad Cheder gathered at the exact location to study the maamer.

Ninety-five years after the Frierdiker Rebbe delivered a historic maamer on the night of Shushan Purim Katan 5687, students at the local Yeshiva led by their teacher Rabbi Avraham Zacks, gathered at the exact location to study the maamer.

The maamer V’Kibel Hayehudim was said by the Frierdiker Rebbe on the night of Shushan Purim Katan 5687 in front of a crowd of hundreds of Chassidim who crowded into the modest wooden Lubavitcher shul on Archipova Street in Moscow.

Every single person at that farbrengen clearly knew that the presence of the Frierdiker Rebbe and his own presence there endangered the lives of them all. In fact, exactly four months later, on 15 Sivan, the Rebbe himself together with many of those present was arrested.

At that farbrengen, the Frierdiker Rebbe spoke passionately of the need to stay true to Torah and Yiddishkeit without being intimidated by the members of the Yevsektzia, despite the fact that he was well aware of their presence in the room at the time.

Later that night, the Frierdiker Rebbe delivered the maamer V’Kibel Hayehudim urging his fellow Yidden to defy the Haman of their own days, and to prepare themselves to sacrifice their lives, quite literally, for the sake of educating Jewish children in the path of Torah.

The modern-day group learned those very same words in the very same location, recalling the mesiras nefesh of the Rebbe and chassidim, and saluting the battle for pure Yiddishe chinuch, and the waves it continues to make to this day.