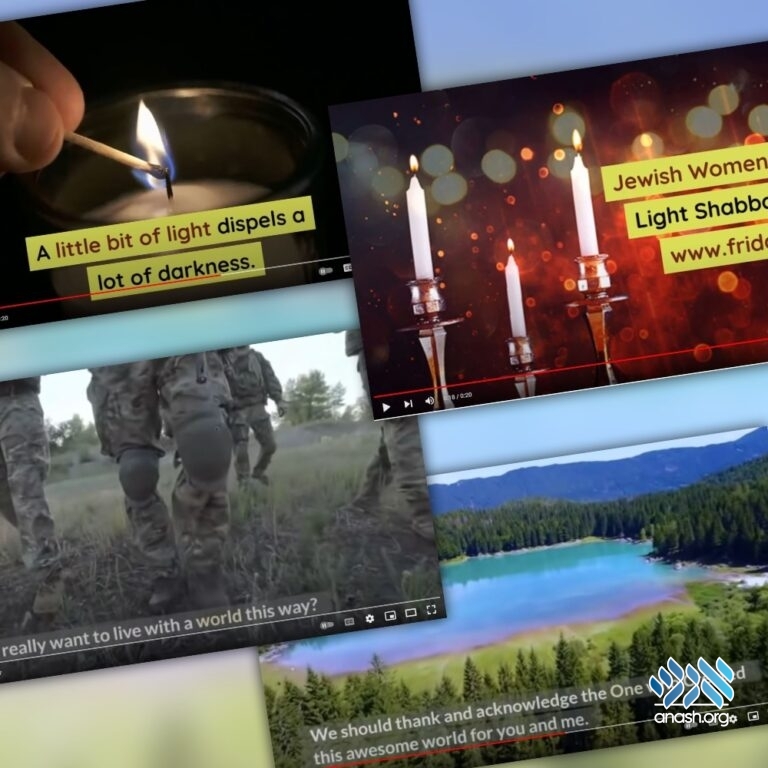 As a seventh grader, Chaya Mushka Kievman wrote a poem for a local writing competition. Now six years later, she has shared it with over half a million people, spreading its message to the masses.

When I was in fourth grade, my teacher told our class about Write4fun, a Short Story and Poetry writing competition for tens of thousands of Australian students. I decided to enter and submit a poem.

In seventh grade, when the contest was opened again, I made up my mind. This wouldn’t just be any poem on any topic. With the gift of writing, with the talent of making words rhyme, with the gift of beautiful expression which Hashem gave me, I would use it for the positive. I would use it to spread awareness of Him to the world. I would teach Sheva Mitzvos B’nei Noach to the masses.

Time flew. A poem was created, conveying the message of goodness and kindness. I had no idea how well I would perform in the competition, and hoped that at the very least, the judge who would review my piece would learn of these Mitzvos.

SURPRISE! Weeks later, an envelope came in the mail, addressed to me, from Write4fun. Not only had I discovered that the poem had passed the first round of judging, but it had made it to the top 5% of all submissions. Thank You, Hashem! An excellence award proudly hung on my fridge. I couldn’t believe it!

Throughout my high school years, I submitted many more entries to Write4fun, often spending many an Erev Pesach writing, as the competition would close Pesach time. Each time, I would choose to make my entries toichendik, with messages of kindness and morality being central themes, determined to use the influence of the pen to do my part to be a light unto the nations. However, after being too old to enter the competition, after graduating high school BH, I discovered that it was only the Sheva Mitzvos Poem which had received the excellence award.

The seeds were being planted.

After the tragedy in Meron, my close friend from California and I were determined to do something as a zechus for the Aliyas Neshama of the precious Yidden who had fallen tragically. We were both shaken by the darkness and determined to bring more light. My friend suggested making a YouTube ad, to encourage Jewish women and girls to light Shabbos candles. It seemed like a crazy dream.

But- we fundraised hundreds of dollars. We hired a professional video creator, Mrs. Rivky Cyrulnik, who created a masterpiece of a video from our four written lines. We put the video on YouTube and made a Google ads account.

The video can be watched here:

Fifteen dollars was our daily budget, and we were charged for every time that someone would view the entire video without skipping. At the end of that month- the entirety of the campaign, our video had seen 24,000 views. Hashem had made this dream reality! Although to this day, we will never know the fruits of our labour and who we may have impacted, we did our part and left the rest to Hashem.

After that successful campaign, my mother suggested to me about getting made an ad on Sheva Mitzvos. I was very excited to, but had to wait until I graduated from twelfth grade, as school was too busy to embark on such a project. Graduation happened, and suddenly I had time on my hands. Only months after the Neshek campaign and still only eighteen years old, I was ready for a massive project on a larger scale. I had learnt so much from the previous campaign, from fundraising experience to using Google Ads.

I took the Sheva Mitzvos poem I had written at least five years earlier. I hired Mrs. Cyrulnik again, to transform the poem into a beautiful video, with visuals and background music. It took some time to decide on the music, to find what exactly would suit the video’s message. Finally, inspiration hit. An instrumental version of the Chabad Niggun of Avinu Malkeinu would be it! The rousing Niggun was bound to inspire people worldwide, to connect to and acknowledge the King of the Universe and keep His seven laws.

A draft video was created. After several edits made, due to helpful public feedback- with Mrs. Cyrulnik being ever-patient- we were off! I uploaded my video to YouTube. Then, I embarked on what would be fundraising campaign round 1. I set a goal- to raise $1500. I had envisioned that the campaign would run for a month, with a $40 daily average and the rest of the money be used to cover the outlay of paying Mrs. Cyrulnik.

I was told, $1500 is too great of a goal. You won’t be able to reach it. Some people didn’t think this project was a good idea. But I didn’t listen to the naysayers. The Rebbe wanted us to spread Sheva Mitzvos to the world. When Moshiach comes, the whole world will know Hashem. Why don’t we start this process now, getting the world ready for Moshiach? In a world where spirituality and morality is declining, doesn’t the world need an infusion of both?

I fundraised, mainly by messaging people I knew via WhatsApp. And, I clearly saw proof of Hashem helping those who do His holy work. Within a very short time, perhaps a day or two, I don’t remember exactly, the ENTIRE sum was more than raised. BH!!! On the very special day of Zos Chanukah, the last day of Chanukah, on the 6th of December, the YouTube ad was launched. Since then, every day, thousands of people, in all English speaking countries are shown the video, with over half choosing to view at least 30 seconds of the video (and likely the entirety of it), when they are on YouTube.

I thank Hashem for the extremely generous donors. Every dollar counted, and whether $5 or $251 were given, each donation meant so much to me. When milestones such as 100,000 views were reached, I’d notify the donors and let them know the fruits of their labour. The first month ended. While we had reached over 150,000 views, I was not satisfied. This project HAD to go on for longer. So I launched a bonus fundraising round. BH, people showed their support again, and the campaign went past its official end-date.

Time and time again, the funds for the campaign would run low, it would seem like I’d have to stop, but then more people opened their pockets and gave. My personal bank account, via my debit card, is what is charged periodically by Google Ads. So the funds people give, are literally going straight to the cause.

Bonus round after bonus round. I used the poetry skills Hashem gave me, to write a poem, to thank the current donors and ask new people to donate.

Milestones were reached, the numbers climbed. My favourite pastime was, each morning, to watch the daily numbers, of impressions and views of the video, of that day, and the total count altogether. The most exciting milestone- was when, a few days ago, the Sheva Mitzvos video got over HALF A MILLION views! That’s right, over 500,000 views.

As of today, the numbers are- 635,000 views! And, my account has altogether been already charged over $4500!!!! And don’t forget the additional worthwhile expense of having the video professionally made! And, in two days time, it would be four months since the campaign was launched. Way beyond the estimated month and $1500 that was supposed to be the entirety of the campaign! In two days’ time, we’ll officially be needing new funds again to keep the campaign going on for longer.

Yes, another person may say, wow, 635000 views is incredible, why not be satisfied with that? But no, I am unstoppable. Like the Rebbe was never satisfied with positive work and always expected more, I am not satisfied with this number. I want to reach a million views, then millions, tens of millions, hundreds of millions, until we reach all the English- speaking people in the world. Then we can translate the video into other languages so we can reach others.

I want the message to reach the whole world. I think about all the gentiles who still don’t know about the life-changing message of following absolute morality. My real dream would be to be able to increase the daily budget, in other words, be able to spend way more than $40 a day, so we can reach more people at a faster rate.

But even if we have to go slowly with this dream, and currently stick with just continuing this campaign on an ongoing basis at $40 a day, it would be absolutely amazing, and slowly, slowly, the message will spread worldwide.

My message to everyone is- nothing can stop you! If you have a dream, even if it’s ambitious, even if it’s crazy, but especially if it’s positive, go for it! Hashem will help you and you can do it! With the generous donors helping me and Hashem on my side, I was able to run this program singlehandedly. Even when you think it’s alot for one set of shoulders, know, that you can carry anything, because, ultimately, it is Hashem who is truly carrying it.

Now, dear reader, I turn to you. What can you give to help this campaign keep going? What are you doing for the cause of Sheva Mitzvos? Can you sponsor a day for $40aud? You could dedicate it in memory of someone, or, on the flip side, in honour of someone’s birthday or a Simcha. Can you give a one-off donation of any amount? If you have the means, can you be a major partner in this project or sponsor a few days? Remember that halachically you can use your maaser money for this cause.

You can donate via PayPal to [email protected]

You can watch the Sheva Mitzvos video here:

Ultimately, I thank you in advance, from the bottom of my heart, for supporting me in the endeavour, of spreading the light of Sheva Mitzvos to the whole world- until the time of Moshiach will come, when we won’t need the light of the sun anymore, because Hashem will be our light. And during that era, the land will be filled with the knowledge of Hashem like water covers the ocean.