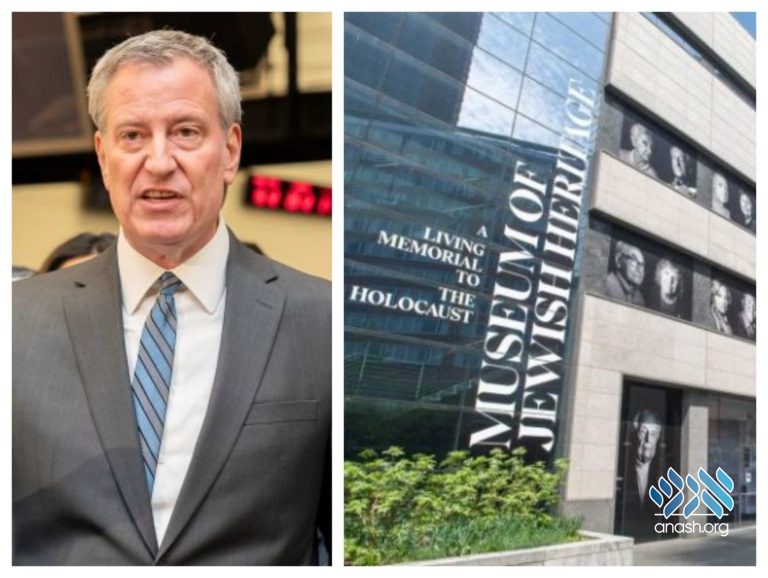 The De Blasio administration announced an initiative today that aims to familiarize middle and high school students in New York City with the history of the Jewish people; namely, the Holocaust.

The New York Department of Education (NYDOE) already has an existing relationship with the Museum of Jewish Heritage and is expanding its partnership in several ways:

All public school students in eighth and tenth grades in Williamsburg, Crown Heights, and Borough Park – totaling 14,000 – will be able to attend field trips to the Museum’s exhibition Auschwitz. Not long ago. Not far away. The display is North America’s most extensive, portraying Auschwitz’s history and its role in the Holocaust, and features over 700 original objects and 400 photographs. The exhibit traces the development of Nazi ideology and tells the significance of the site to the Nazis.

This effort essentially fulfills Governor Andrew Cuomo‘s announcement at Monday’s press conference that he intends to have students visit the Holocaust Museum as part of their education.

Additionally, while all public school students were eligible for free admission to the Museum to date, students may now bring along up to three family members with free admission.

Finally, the DOE will continue to partner with the Museum of Jewish Heritage to provide teachers with professional development. The Museum currently offers a Holocaust curriculum, available to all schools for grades six through twelve, which features free lesson plans and resources for teachers.

“To ensure a safer and more welcoming future, we must teach our children about the destructive force of hate,” said Mayor Bill de Blasio. “This partnership with the Museum of Jewish Heritage will give all our students and their families the chance to learn about our past to create a better future.”

“As the incidence and rhetoric of hate increases nationwide,” said Council Member Mark Treyger, Chair of the Committee on Education, “it has never been more important for students to learn about the devastating history of hate violence, symbols of hate, and genocide…This partnership is an important first step towards ensuring that young people truly understand the emotional weight and moral imperative of ‘Never again.’”