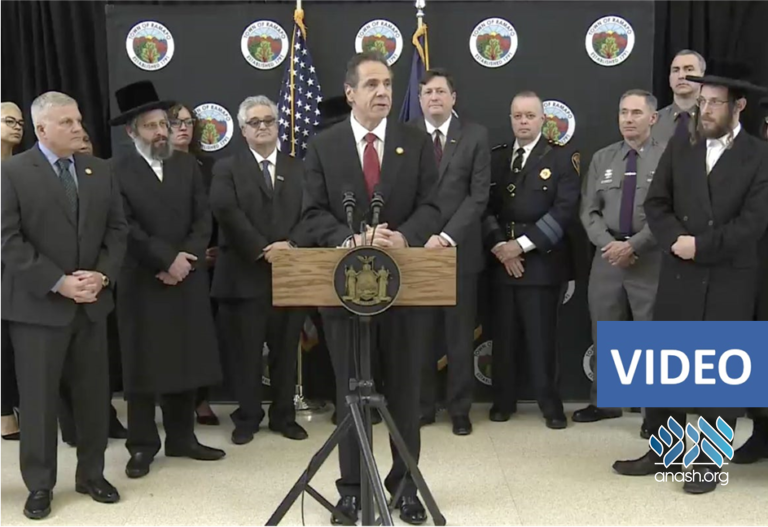 $340,000 for security cameras and license-plate readers will be advanced to New Square, and up to $340,000 for Monsey and adjoining neighborhoods.

Speaking about last month’s attack at Rabbi Chaim Rottenberg‘s home in Monsey and about an upsurge in anti-semitic incidents across the state, Cuomo said: “Whilst we pray and march for solidarity…the government has an additional obligation to act: the number one responsibility being to keep people safe.”

Surrounded by community leaders, Cuomo spoke about the necessity to add to the public school curriculum lessons that promote diversity and racial tolerance.

“I want a cultural awareness specifically about the Jewish community,” he said and stated his desire to expand New York’s holocaust museum and have public school children visit as part of their education.