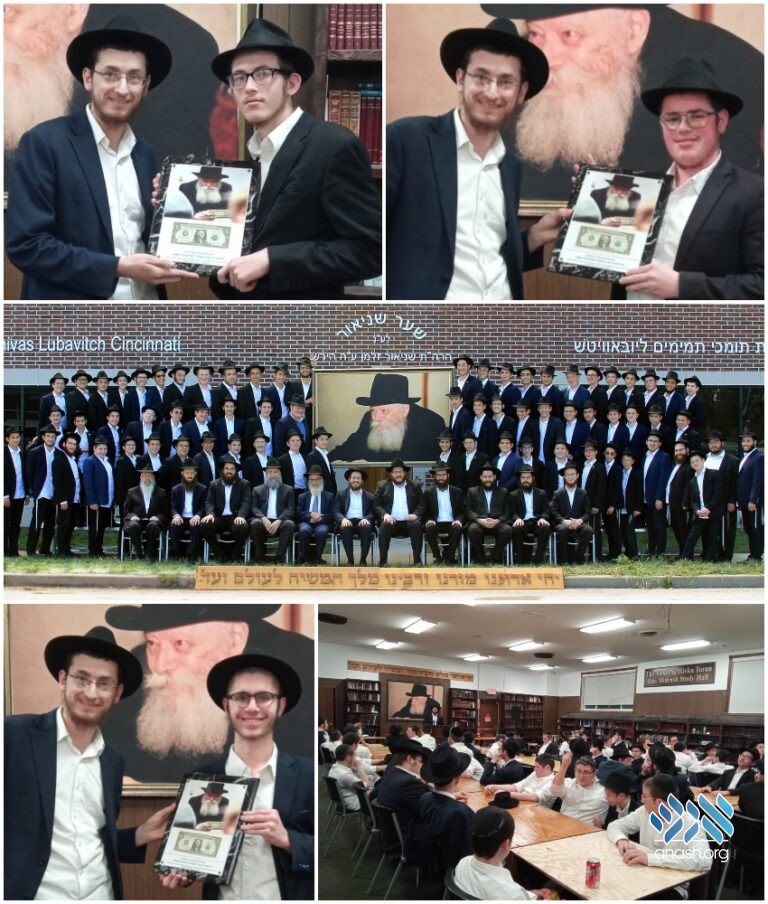 After a group of 10 bochurim in Yeshivas Lubavitch Cincinnati completed volumes 25-19 of Likkutei Sichos, they were so inspired that they pledged to complete the remaining 29 volumes. They were recognized with a special event and a priceless gift.

The Talmidei Hashluchim of Yeshivas Lubavitch Cincinnati, under the leadership of Rabbi Gershon Avtzon, announced the continuation of Mivtza Likkutei Sichos in which the Talmidim will be learning the sichos in volume 20-24.

Building on the success of the previous year in which the students learned Likkutei Sichos volumes 25-29. While most of the Talmidim learned and got tested on 2 sichos a week, there was a group of 10 Talmidim who learned the entire 5 volumes. After completing the first 5 volumes, each one took upon themselves to complete the remaining 29 volumes of Likkutei Sichos.

In honor of their achievements, and their pledge, the students received special recognition and were awarded the priceless gift of a dollar from the Rebbe, inspiring many more Talmidim to join the mivtza.