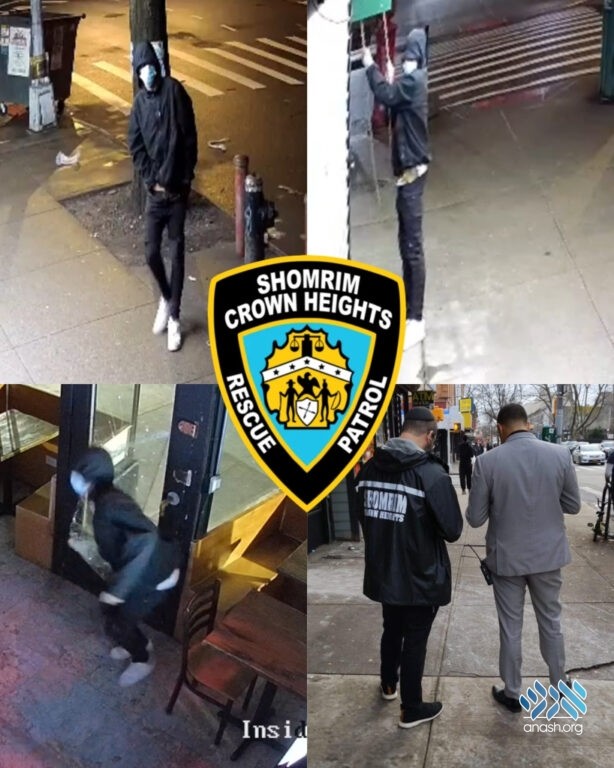 A man is wanted in connection to a string of three break-ins at Crown Heights stores, all located on Kingston Ave. Shomrim warns residents to be aware.

A man is wanted in connection to a string of break-ins that occurred in Crown Heights. The man was first spotted in front of Basil acting strangely and possibly equipped with a firearm about 10 pm last night. Shomrim was called and arrived at the scene less than two minutes later, but the suspect had already left.

Later that night an alarm at the flower shop on Kingston alerted local authorities to a break-in. The police arrived but the suspect had gotten away again. The police worked with Shomrim to contact the shop owner to have him secure the store.

The following day Shomrim would discover that the perpetrator had broken into two other stores on Kingston, the fruit store and the new Railroad pizza shop near Atlantic ave. The stores that had cameras available were able to corroborate that it was indeed the same individual who had broken into the other shops.

Although not much was stolen besides some cash the glass doors at the new pizzeria were shattered. A Shomrim representative shares, “the picture is distinct with his sneakers and his mask and we will be waiting for him. But people should be aware and keep their eyes out.”