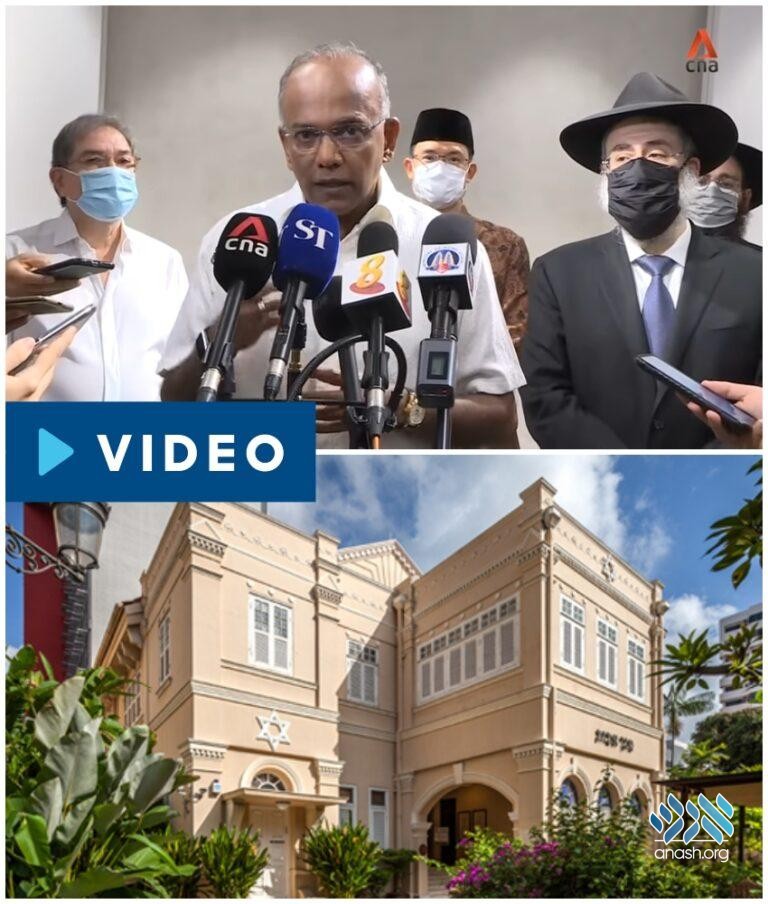 A 20-year-old Singaporean man was arrested for planning to attack and kill Jews as they left Shul on Shabbos. Chief Rabbi Mordechai Abergel said, “Thank God he was caught in time”.

Amirull Ali, who is a full-time national serviceman in the Singapore Armed Forces, was arrested for planning to target and kill three Jewish men as they left the Maghain Aboth Synagogue in Singapore on Shabbos morning.

The suspect conducted at least two reconnaissance trips to the synagogue between August and early October 2019, during which he identified a spot along its exterior wall where he could ambush his victims.

Singapore’s Internal Security Department said on Wednesday that Amirull, who was enraged by the Israel-Palestinian conflict, had targeted the men on the assumption that they would have done military service in Israel and hence carried out alleged atrocities against the Palestinians.

The man also made plans to travel to Gaza and join one of Hamas’ terrorist brigades.

“If he had succeeded in his plans, the consequences for us would be very serious. It will go beyond the loss of the three lives, or however many he managed to kill. It would probably incite a greater animosity, distrust, between different races and religions in Singapore.”

Chief Rabbi of Singapore Rabbi Mordechai Abergel said “Thank God he was caught in time. He acted alone and planned to carry out his attack outside the synagogue, because of the strict security measures inside the synagogue.”