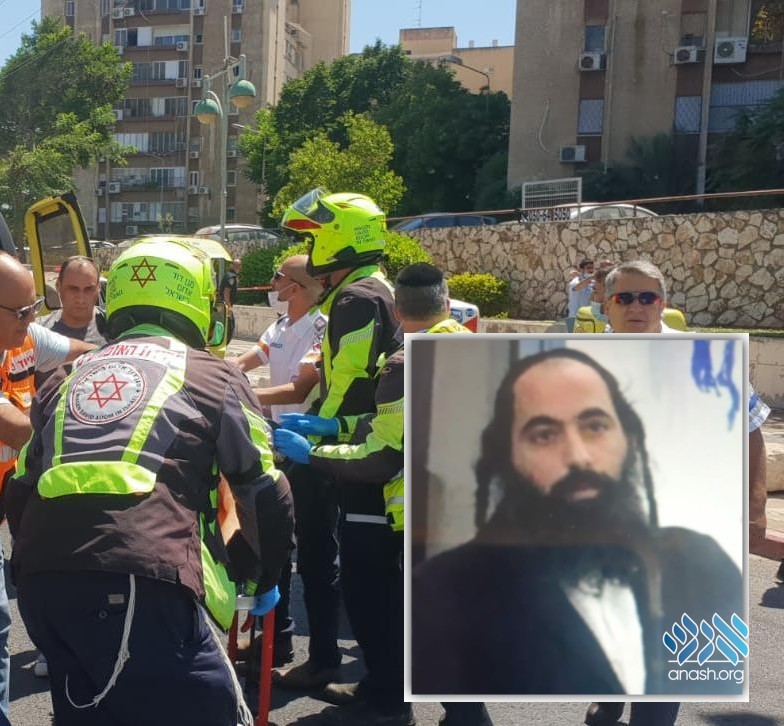 The longest stretch without a fatal terror attack in over 50 years, has sadly come to an end Wednesday afternoon, when a 39-year-old man was stabbed to death Petah Tikva.

The longest stretch without a fatal terror attack in over 50 years, has sadly come to an end Wednesday when a 39-year-old man was found stabbed, unconscious and in critical condition, at Segula Junction in Petah Tikva.

The victim has evacuated to Belinson Hospital in the city, where he was pronounced dead. The man was the first Israeli to die from a terror attack in the past 12 months, which is the longest period since 1964 where a year went by without any terror-related deaths.

The victim has been identified as 39-year-old Rabbi Shay Ohayon hy”d, a Breslev chassid and father of 4.

A citizen who was walking nearby saw the incident, shouted “terrorist” and started chasing after the Palestinian. He grabbed the suspect and waited for police to arrive.

A Palestinian suspect, 46, who holds an Israeli work permit, was apprehended by the police following a manhunt. The police said they have handed the suspect over to the Shin Bet domestic security services.