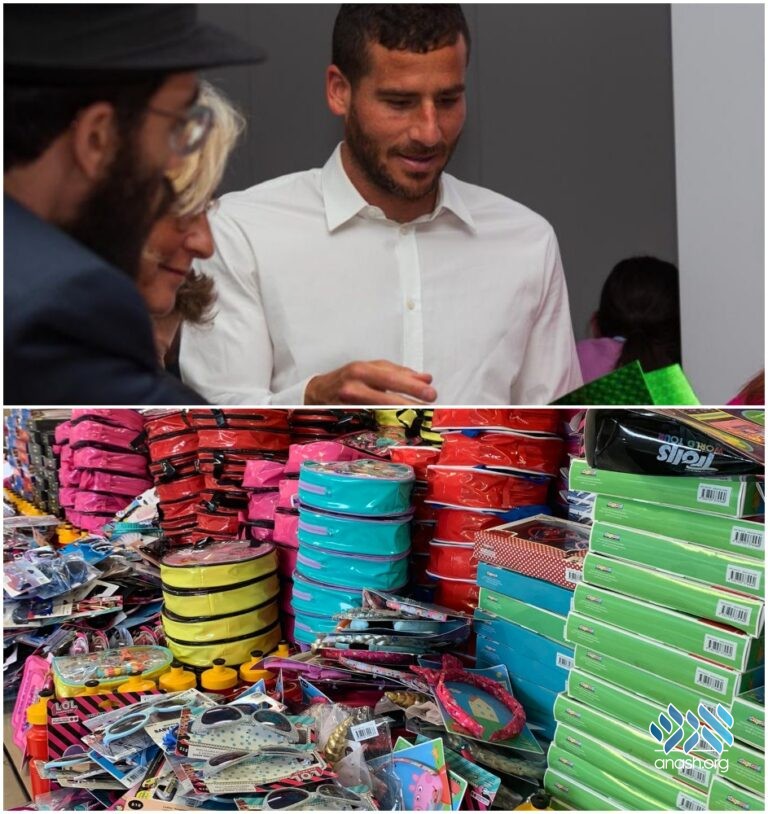 Israeli national football team player Tomer Hemed joined Rabbi Chaim Levy of Chabad’s Sydney Shul to pack thousands of gifts that will be distributed to children across Sydney during Purim.

A huge project is underway at Sydney’s Shul in Australia. Tens of thousands of gift packs will be distributed to patients in hospitals across Sydney during the festival of Purim. The gifts will be accompanied by Megilla reading, music, songs and festival joy.

The initiative aims to reach patients, as well as individuals in the community who are lonely and need cheering up. The community is involved to make sure that no one will be left out of the Purim spirit.

Behind the initiative are Rabbi Chaim Levy of Chabad Sydney’s Shul, and Israeli national football team player, Tomer Hemed, Israeli striker who famously plays for Western Sydney Wanderers as part of the Australian Premier League. Hemed will personally participate in the gift distribution as well as a special event for the community to launch the project.

“We know these gifts are a gesture that will break the loneliness people are experiencing and bring joy to all, recipients and givers, just as the holiday of Purim has done for thousands of years” says Rabbi Levy.