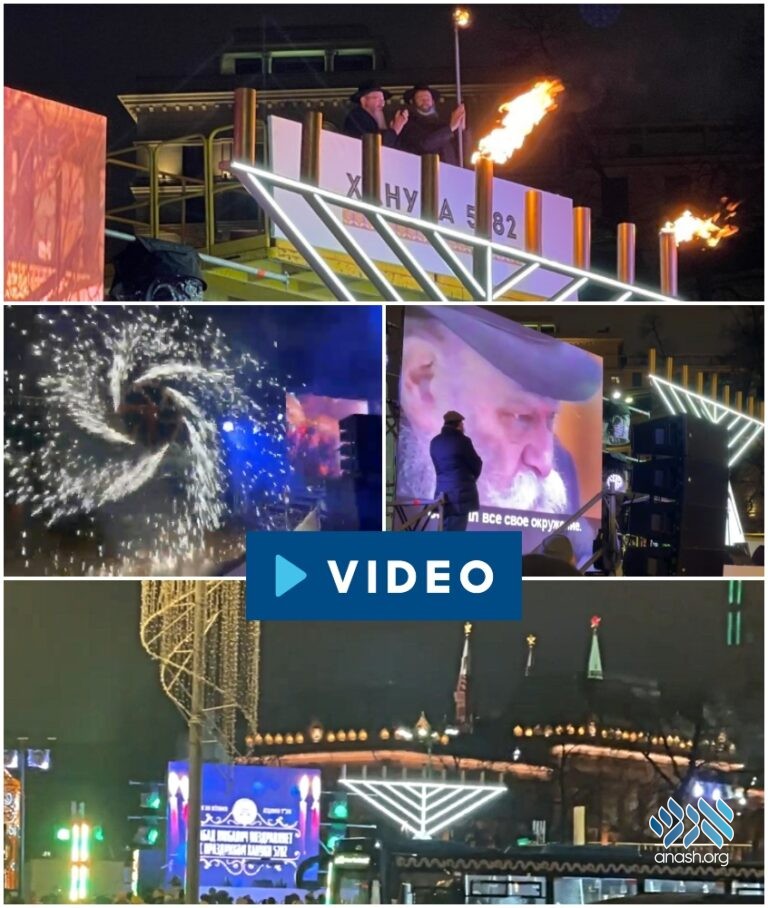 At the foot of the Kremlin in central Moscow, Chief Rabbi Berel Lazar lit the first light of Chanukah on a giant menorah. Government officials granted a special permit for the event to take place despite Covid restrictions.

At the foot of the Kremlin in central Moscow, Chief Rabbi Berel Lazar lit the first light of Chanukah on a giant menorah. Many local residents stood outside in the cold to participate in the special event, spreading the light of the Chanukah miracle among the millions of Russian citizens who watched media reports of the event.

Organizers confronted many obstacles while planning the event this year due to Covid restrictions. Only after a personal request from the Chief Rabbi to a senior government official, did community director Rabbi Mordechai Weisberg finally receive permission to go ahead with the event. Everything was quickly organized and with Hashem’s help, it turned out to be more successful than ever.

The evening was led by community leader, Rabbi Baruch Gorin. Musicians R’ Motti Cohen and Motti Edenson travelled from Eretz Yisroel especially for the event and led the crowd in joyous dancing to lively Chanukah tunes.