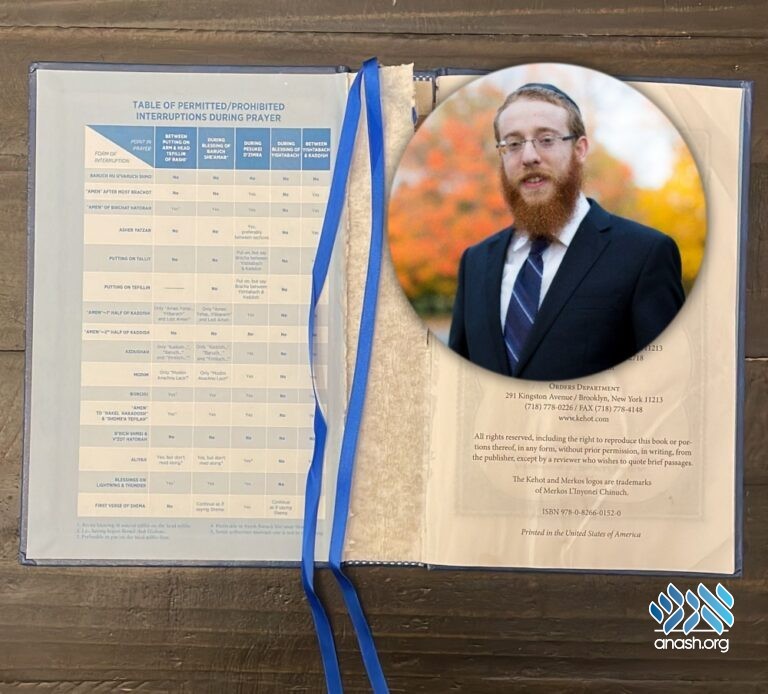 When South Dakota Shliach Rabbi Mendel Alperowitz was stopped by a guard in a local jail he was visiting, he didn’t think twice.

Rabbi Mendel Alperowitz, shliach to South Dakota, was visiting a Jewish inmate in a local prison when he had unusual experience, which ended up inspiring thousands around the world

The day began with a routine visit to a prison an hour and a half away from the Chabad House to visit Jewish inmates. In a post on social media, Alperowitz shared that he was only able to speak to the inmate on the phone behind a thick glass window.

The shliach said that he had brought a Siddur to give him but a corrections officer stopped him, saying that they can’t accept hardcover books. It seemed like the Siddur would have to remain behind.

At first, Alperowitz tried explaining to the guard that it wasn’t a regular book, but a prayer book. The guard wouldn’t relent, however, saying that there were no exceptions to the rule.

Without thinking twice, the shliach took the Siddur… and began ripping.

“I ripped off the cover and handed it to the officer. He took it from me mouth open wide,” Alperowitz wrote.

After posting his experience on social media, people from around the world took notice and began sending warm messages describing how he had inspired them.

“The real story here isn’t the fast thinking… it’s the fact that while me and you are sitting on our couches tweeting, there are ppl out there, in incredibly distant towns, visiting lone Jews in jail late at night. Not for a cent. Nor for honor. That’s the story,” wrote his brother Tzvi Alperowitz.