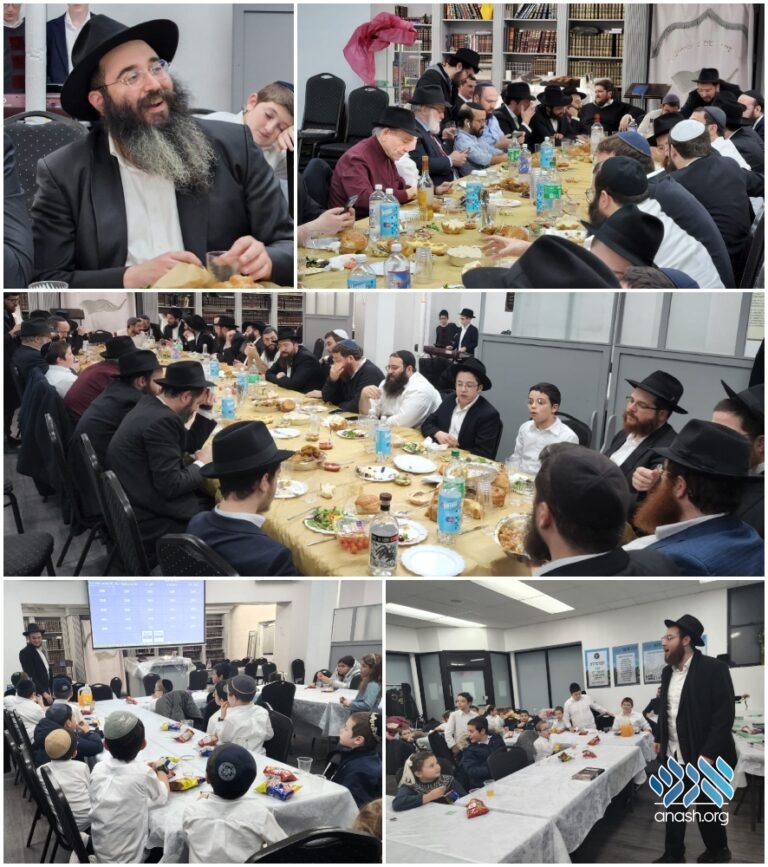 The Southern Crown Heights community joined together for a Yud Tes Kislev farbrengen at Nosson’s Shul, which moved to their area last year. A program for children was also held.

The Southern Crown Heights community joined together for a Yud Tes Kislev farbrengen at Nosson’s Shul, which moved to their area last year.

In the evening, their fathers joined together to farbrengen, celebrating the Rosh Hashana L’chassidus, led by Rabbi Chaim Yisroel Wilhelm. The farbrengen was also joined by local men, many who have been taking an active part in building up the shul and community.

“When we moved Nosson’s Shul to its current location, we were worried that moving it away from its central location might detract from the community that had built up. But we quickly saw that on the contrary, the shul created a community space for the Southern Crown Heights community, which hadn’t had such a location until then,” Shul President Mendy Wilhelm told Anash.org.

“In the year since, a truly beautiful community has built up, and the farbrengen was another expression of that,” he said.