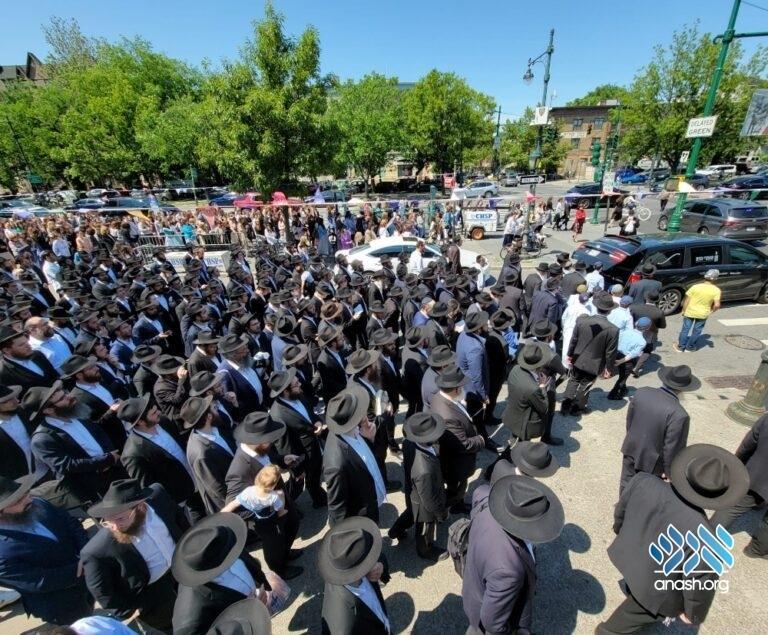 After the tragic passing of Mrs. Shevy Piekarski a”h, a friend of the family penned her thoughts on dealing with “devastating, earth-shattering things that slam into you…”

By a friend of the family

Some things in life upset you.

Some things shock you.

And some things, some devastating, earth-shattering things, slam into you with the fury and might of a lightning bolt and turn everything upside down. The ground keels crookedly, the sky splinters like crushed glass, and your blood turns to ice.

I was not prepared to experience anything like that as I made my way to the Old Montefiore Cemetery this past Wednesday. Matter of fact, I’m not sure what I was expecting. I drove there with my fingers clamped mechanically around the steering wheel, the strange buzzing quiet that always follows unthinkable things throbbing dully in the back of my brain.

I was there to support a friend.

With a handful of others, I made my way through the unfamiliar roads to the place where a small crowd was already gathering. They spoke in murmurs, burying their disquiet in little gestures–faces fanned with idle hands, phones pulled out, consulted, replaced, muted questions asked and shrugged answers given.

A quiet, obsequious mound of apologetic graveyard dirt squatted at the edge of the grave. The men in charge scurried about, giving instructions and arranging arrangements as men in charge invariably do. As if it was just another job.

Which, to them, I suppose it was.

Not that they were unsympathetic. But their rueful commiseration, like that of the regretful graveyard dirt, was the smallest of small comforts.

The family huddled there, my friend among them, together and alone in their sorrow. By some unstated agreement, we kept a respectful distance.

My stunned mind took this all in through a frosted glass, a thin pane of disbelief that muffled the sounds and dimmed the colors.

It watched absently as the simple wooden box was taken by respectful hands, carried a short distance, and laid on two planks. Grimacing with exertion, the respectful hands took up well-worn straps and began, slowly, to lower the coffin…

The word came again, and again, repeated a shrill, heartbroken cry that shattered my fugue. All of a sudden the grave was a grave and the coffin was a coffin and this was happening and horrible and real!

I was witnessing a young mother being taken from her family!

There were no words. There was nowhere to run, nowhere to hide from this unspeakable, gigantic tragedy. There was just emptiness, and the men moving in to grasp the shovels planted in the mound like skeleton trees, and the beating sun, and that one word pealing out all the pain and horror in the world.

The words of the Rebbe, still searingly powerful over thirty years later, leapt unbidden to my mind:

I turned away and wept.

In a sicha on this week’s Parshah, the Rebbe brings the story of Miriam waiting and watching her brother Moshe as he was carried down the rushing Nile river in his basket.

After discussing the story, the Rebbe concludes that Miriam wasn’t there to save Moshe’s life if anything happened to him. There was nothing she could do; the situation was out of her control. She stood “מרחוק,” far away, watching as the turbulent waters ferried her brother away.

Sometimes there’s nothing we can do to fix a tragedy.

Sometimes, maybe, it’s not our place to try.

All we can do is be there, look from the river bank, and know. Raise our eyes to Hashem and ask him “Ad mosai?! How much longer must we wait for the coming of Moshiach?!”

How much longer must it be before these heartbroken children dance with their mother once again, with every tear they ever cried glittering over their heads in a dazzling crown of honor, putting the sun’s radiance to shame as all sorrow and suffering crumble to nothing forever?!

טובה פעולה אחת מאלף אנחות. One action is better than a thousand groans.

As I overheard someone say by the shiva, “I didn’t know what to say… so I came.”