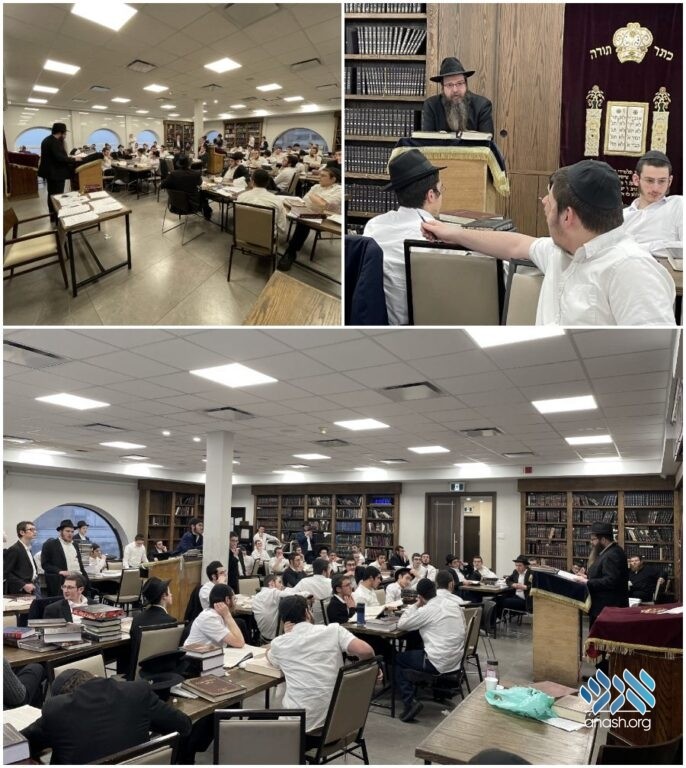 During the Siyum, Rabbi Wilhelm shared a famous Sicha the Rebbe said in 5723, Shnas Hakan – 150 years from the Alter Rebbe’s Yahrtzeit.

In that sicha, the Rebbe learns from the last Halacha of Shulchan Aruch that Davar She’einoi Miskavein is potur by all isurim. By connecting the end of Shulchan Aruch with the beginning, the Rebbe clarifies why this isn’t the case by mitzvos. The beginning of Shulchan Aruch speaks about the Halachos of waking in the morning, including the saying of Moideh Ani and so on, which shows the inner connection a Yid has with Hashem, from the start of the day and throughout the day. Accordingly, in regards to mitzvos, even if you don’t have kavanah, it is as if you did, due to your inner connection which you have created right in the morning.

The Rebbe then mentions that since it is 150 years from the Alter Rebbe’s Yahrtzeit, there must be a bigger and greater Koch and focus on the Alter Rebbe’s Shulchan Aruch, understanding well the reasons and what they are being mechadesh.

This being the case, so too this year, 210 years from the Alter Rebbe’s Yahrtzeit, there must be an intense focus on the Shulchan Aruch of the Alter Rebbe.

This celebration has indeed added to the Koch in the Alter Rebbe’s Shulchan Aruch, and may it continue adding until the coming of Moshiach, speedily in our days, Amen!