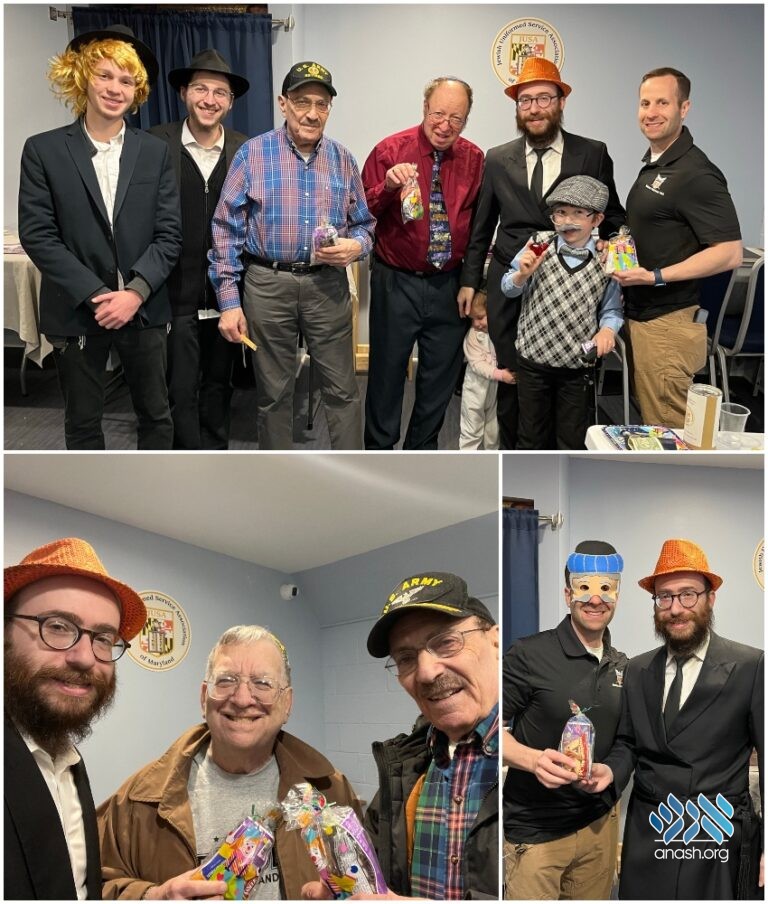 The Jewish Uniformed Service Association of Maryland led by Rabbi Chesky Tenenbaum held six Purim events for the brave men and women in uniform stationed at military bases throughout Maryland.

The Jewish Uniformed Service Association of Maryland-Chabad (JUSA) held six Purim events for the brave Men and Women in Uniform, including Police, Fire, Military, and Public Safety members and Veterans.

Purim Events took place at the U.S. Army facility Aberdeen Proving Ground, and for the first time at the 3 main Veterans Affairs hospitals in Maryland.

Aberdeen Proving Ground is one of the most diversified military installations in the United States and the work that takes place at this 72,000-acre complex touches almost every aspect of U.S. military operations.

Also in attendance was the Commander of the Jewish War Veterans of Maryland, COL Erwin Burtnick, USA (Ret).