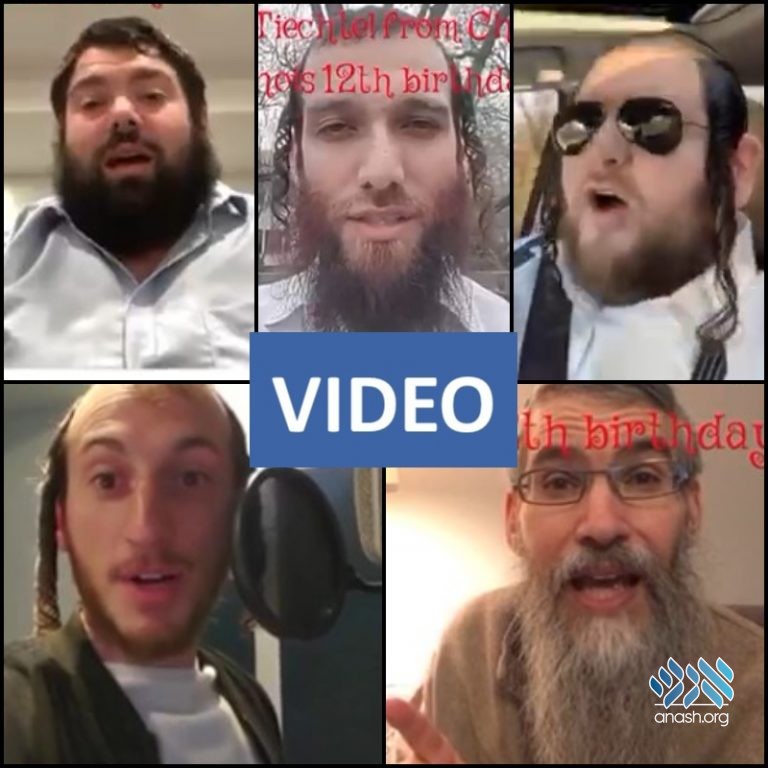 The Tiechtel family in Champaign really knows how to celebrate a birthday!

A few days later the family celebrated the 12th birthday of his older brother Meir. Knowing how much Meir enjoyed music, the family decide to surprise him with videos from some of the biggest names in the Jewish music industry.

“Meir loves music and singing,” his father, Shliach Rabbi Dovid Tiechtel told Anash.org. “He already wrote many songs and recorded them. So we decided to give him a special present for his birthday.”

“I made up a song with your name in it,” says Chazzan Hurwitz in the video before singing a rendition of ‘Happy Birthday Meir’. Other singers sang their hits or spoke about the special year up ahead, preparing for his bar mitzvah.