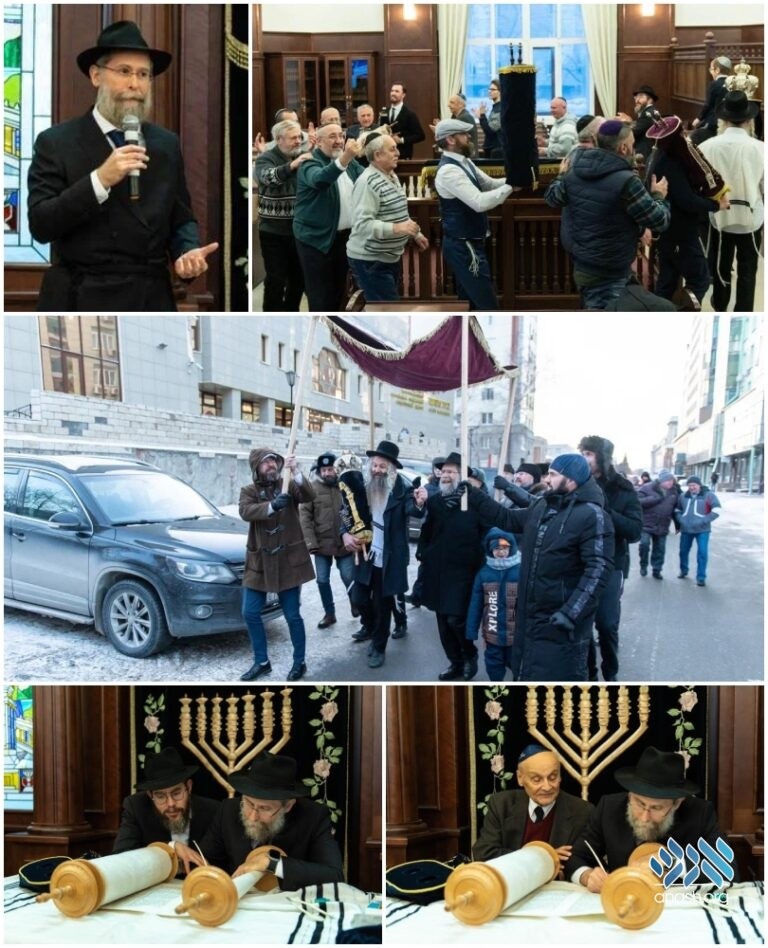 Frigid winter weather, reaching -18 degrees Fahrenheit, did not stop the dedication of a new Torah to Siberia’s Beis Menachem shul, complete with a joyous parade down the city streets.

A new Torah scroll was brought into Siberia’s Beis Menachem Shul. The siyum Sefer Torah took place on a frigid night when temperatures were recorded at -18 degrees Fahrenheit. Despite the cold and frost, a large crowd came to rejoice together with the Torah.

The event began with the writing of the last letters of the Torah scroll by the chief rabbi of Novosibirsk, Rabbi Shneor Zalman Zaklas. Following the finishing of the Torah, participants led the Torah scroll through the streets of the city, with songs and dances that warmed them from the inside out.

When the parade arrived at the synagogue, the community’s other Torah scrolls were taken out of the ark to welcome the new scroll. The crowd danced with all of the Torahs with lots of joy, in circles around the bimah. The evening finished with a festive meal served to all of the dignitaries, rabbis, and members of the local Jewish community in attendance.

The new Torah scroll was donated by Mr. Michael Hanin in memory of his father Yaakov Hanin OBM, who was the main contractor for the city’s Beis Menachem shul.