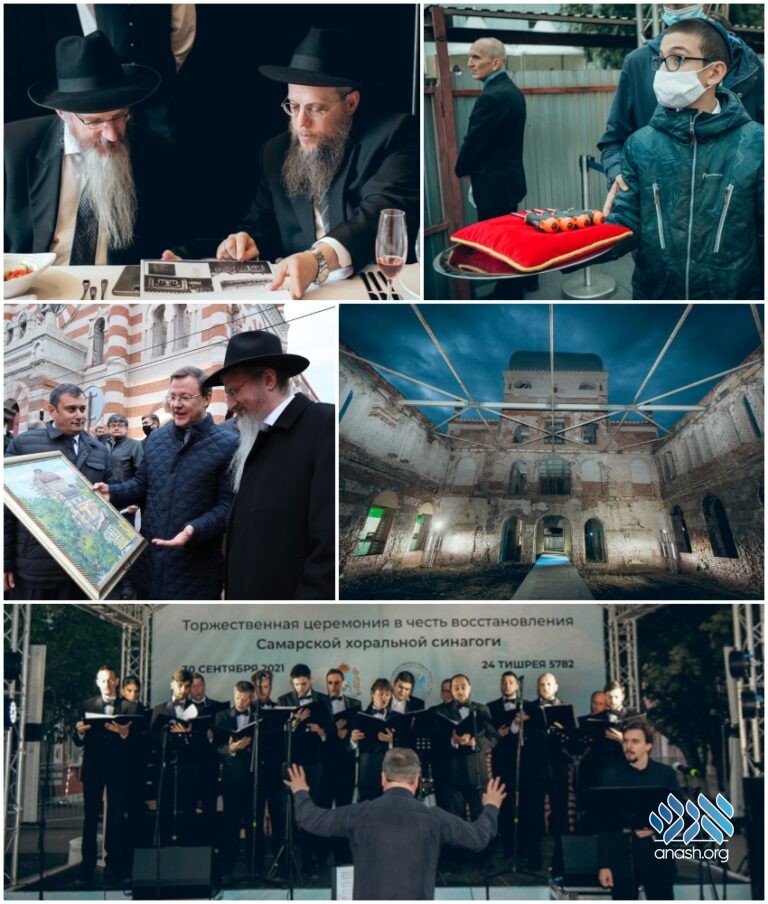 In a magnificent event attended by the Chief Rabbi of Russia, Rabbi Berel Lazar, the Governor of Samara, and covered in the national press, a cornerstone was laid for the restoration of the Central Synagogue in Samara, Russia, once one of the largest and most beautiful shuls in Europe.

In the center of Samara, on the banks of Russia’s Volga River, 117 years ago, a beautiful building stands that was originally built as a shul. Until the First World War, it was Europe’s largest shul.

With the rise of decrees against Russia’s Jews the shul was closed and annexed by the Soviets, and since then for nearly a century the sound of prayers and learning could not be heard from the great synagogue which once contained a thousand seats.

After almost two decades of effort, the city’s Rabbi and shliach Rabbi Shlomo Deitch, merited to have the building returned to the Jewish community and obtained permits and plans to return the magnificent building to its former glory.

In an emotional and impressive ceremony, led by the Chief Rabbi of Russia, Rabbi Berel Lazar, who has been working hard for the place for many years – the cornerstone was laid towards the restoration which will take about two years.

The renovations will include the reconstruction of the main hall, as well as other parts of the building which will be used by the Jewish community to further educational programs and all areas of Jewish life. The renovated center is scheduled to open just in time for its 120th anniversary since its initial building, to the great joy of thousands of Samara’s Jews.

The event, which was reviewed by the local media, and received much publicity, was attended by the Governor of Samara and its districts, community leaders, friends and supporters who pledged their participation in the project, and many guests.