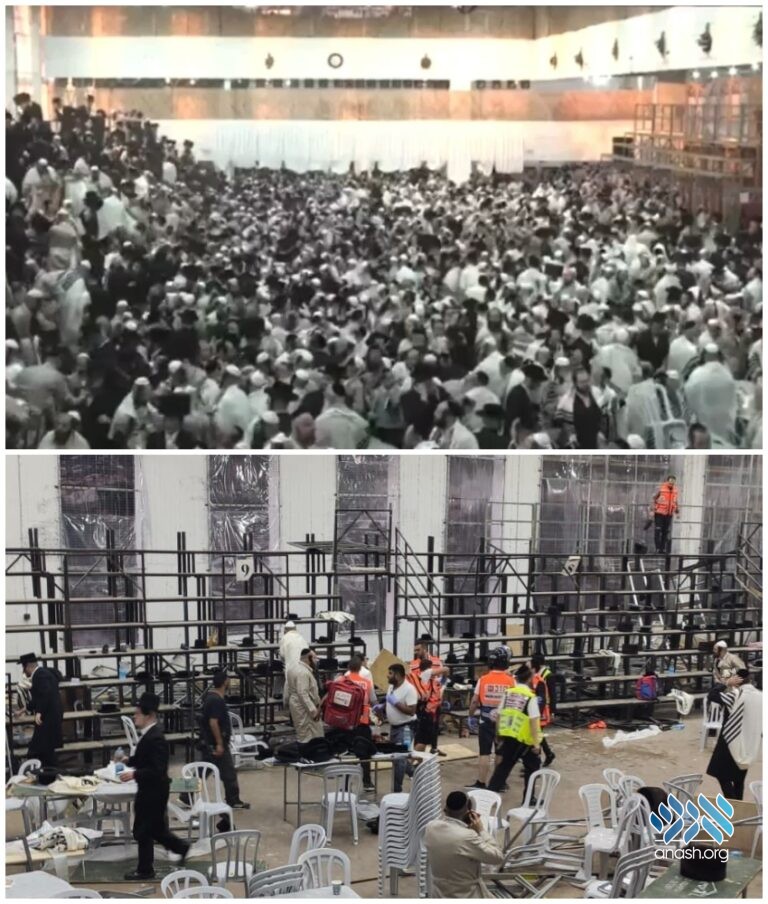 At least 2 people were killed, and over 100 were injured when bleachers collapsed at the new Stoliner Bais Medrash in Givat Ze’ev in Yerushalayim.

Dozens were injured after a bleacher collapsed at a shul in Givat Ze’ev in Yerushalayim on Sunday evening.

It is believed that approximately 600 people were at the shul at the time of the incident. The new Stolin Shul was being used today for the first time.

At least two of the injured were declared dead on scene, and ten others were injured critically. Tens of others sustained light or moderate injuries.

Magen David Adom paramedics said 54 injured victims were evacuated to the hospitals, including five in serious condition, four in moderate condition and 45 in light condition.

The collapse happened moments before Yom Tov, when hundreds of Chassidim had already gathered in the Bais Medrash, and were singing and dancing, when suddenly, one of the bleachers collapsed, sending dozens of Bochurim falling to the ground.

A multi-casualty incident has been declared at the scene. Hospitals in the city are prepared to treat the many victims of the tragedy.

The IDF has dispatched fighters from the Home Front Command and medical forces from the Central Command to assist in the incident.

Israel Air Force helicopters and medical personnel were also rushed to the scene.