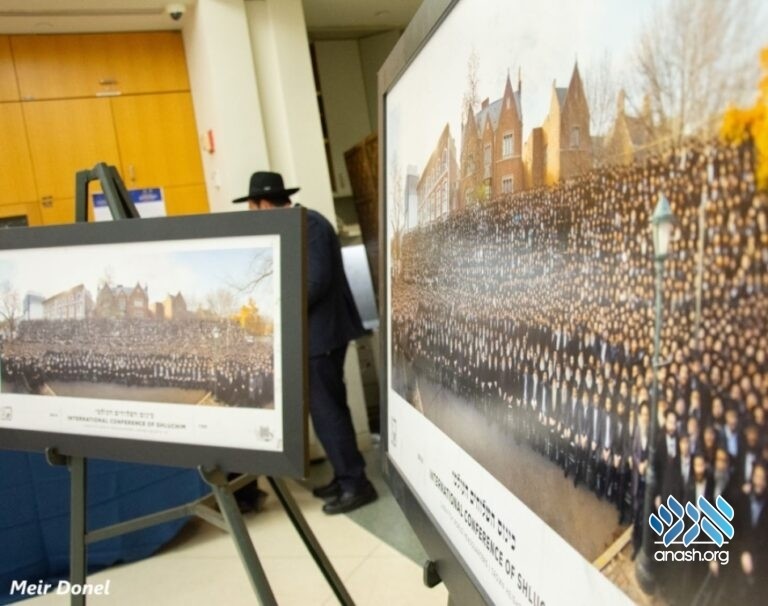 Oped by Rabbi Gershon Avtzon: Many people have told me that we should stop promoting, and farbrenging about, shlichus. But should we really throw away that which the Rebbe painstakingly ingrained into our generation?

The Kinus Hashluchim is quickly approaching. It is a time that the Rebbe’s dedicated soldiers “come home” for an uplifting Shabbas by the Rebbe in Crown Heights. They get to visit 770, the Ohel and Farbreng and strengthen each other.

As a bochur in Oholei Torah Zal, it was a weekend that I really looked forward to. We would always Farbreng with different Shluchim who would inspire us to retain the mindset that the Rebbe expects each of us to be his Shliach.

A Farbrengen with Rabbi Nechemia Vogel (Shliach to Rochester, NY) remains with me until this day. It was Thursday night (of the weekend of the Kinnus) – at the home of Rabbi Avremel Silver –  and he told us a very personal story: After he got married, his father wanted him to join the family business in England. He went to speak to his Mashpia, Rabbi Itche Shpringer A”H, who explained to him that, while there are many universities that produce qualified businessmen, Tomchei Temimim is the only place that produces Shluchim. If a graduate of Tomchei Temimim does not go on Shlichus, who will save the world? He committed the rest of his life to Shlichus.

That was over twenty years ago and much has changed since then. Boruch Hashem, the Rebbe has “conquered the world”, and almost every city with a Jewish population has a Shliach. In addition, without expressing an opinion on this particular issue, many senior shluchim are “saving places” for their children and family members. The fact remains: There are many couples clinging to a dream of Shlichus which will not happen in the conventional sense.

This has led to three big issues:

1) A big disillusionment, and inner depression, by many young couples which has serious effects on their marriages and idealism. Many couples spend a few years “looking for shlichus” and only hit reality – that they are not destined to move on shlichus –  after having a few children. They never moved into bigger apartments and homes, as they are expecting to move any month, nor has the husband found a proper parnassah.

2) Many yungeleit – who go into business – now feel exempt from the Rebbe’s expectations and demands, for after-all the entire system is only for Shluchim.

3) Many bochurim become disillusioned in the system itself. If the whole Chinuch is about shlichus, and they know that it is not available, then why get involved in the first place?

Many people that I have discussed this with have told me that we should stop promoting, and farbreinging about, Shlichus and focus on educating the talmidim to be honest and G-d fearing Yidden. As “frustration comes from expectation”, we need to temper the expectation of Shlichus in our Chinuch system.

While it is obvious that having ehrliche Yungeleit is very important, I do not believe that the time has come to throw-away the entire emphasis and deep-rooted Ahavas Yisroel that the Rebbe painstakingly ingrained into our generation. The Rebbe has a vision and a clear path of how to actualize that vision. Are we going to throw away the entire mission, when we are this close to the culmination and success of the mission? Is this what the Rebbe envisioned when he gave each of us the shlichus to bring Moshiach?

While the emphasis on Shlichus should never change,there is one thing that should be changed: How we talk about Shlichus. Instead of it being just a specific destination (a place that we move to), it needs to be spoken about as a mindset.

Our children need to hear that every Chassid is expected and able to be a shliach as shlichus is a mindset in life – hashkafas Hachayim. It doesn’t matter if you are a businessman or a professional lawyer, you must bring the Hashkafa and attitude of Shlichus with you to your work and home. It should be clear in the office that you prioritize Ahavas Yisroel and hafatza amongst your neighbors and co-workers. A pair of Tefillen in your office, to put on with others, should be a basic understanding.

When Yom Tov approaches, every Chassid must be thinking of his contacts to bring the awareness and Tzorchei Hachag to.  Your family must see your passion for reaching out to another Yid and hosting people for Shabbas. Giving, and inspiring others to attend, shiurim is possible for everyone.

The Message to our Talmidim must be absolutely clear: “We do not know what official capacity you will be filling when you grow up. Some will be Rabbanim, Shluchim, and Mechanchim and others will be laborers, entrepreneurs and businessmen. What we do know is that the Rebbe expects all of you to be his Shluchim and the only place to prepare for that is in Yeshivas Tomchei Temimim. The Foundation od Tomchei Temimim is to produce “Chayolei Beis Dovid” and everyone that is in Tomchei Temimim were chosen by our holy Rabbeim to be there. Thus, Shlichus is for everyone.”

The Rebbe gave each of us the unique Shlichus to prepare the world for Moshiach and nobody is allowed to feel exempt, as we need everybody to make this happen! Everyone, truly, everyone needs to feel – in truth –  that they are on the Rebbe’s Shlichus.

Please feel free to share your thoughts on the above in the comments section or by sending me a personal email: [email protected]