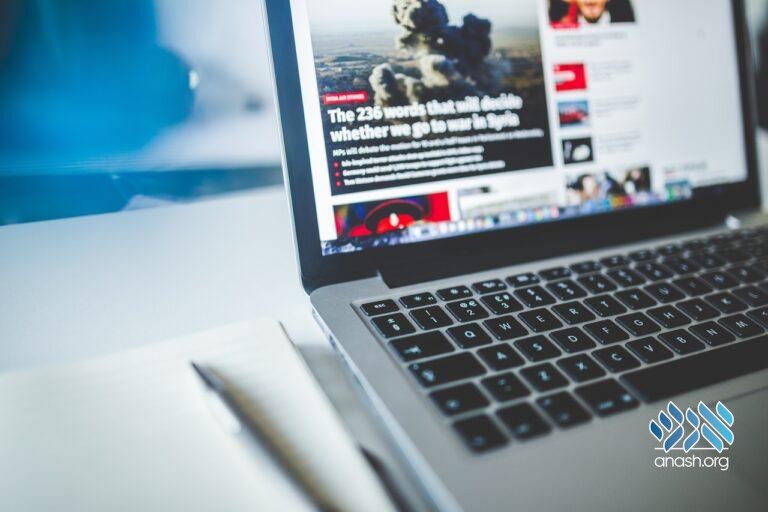 Chazal praise one who shares good news and criticize one who looks to report bad news. When and how is share bad news allowed?

The Torah portion of Vayigash recounts how Yaakov was told that his long-lost favorite son Yosef was still alive, as it says (Gen. 45:26), וַיַגִדוּ לוֹ לֵאמֹר – “And they told him saying, ‘Yosef is still alive. Indeed, he is the ruler over the entire land of Egypt.’ His heart went numb, for he did not believe them.”

The Ohr HaChayim wonders why the Torah says the word לֵאמֹר (saying) in this verse, which usually indicates that a response is expected when no response was expected in this case. He explains that לֵאמֹר  here means that they prefaced the news about Yosef with an introduction. They wanted to break the news slowly so that Yaakov not be harmed by the shock of the good news. Thus they began by saying that Shimon and Binyamin were back and were unharmed. Then they said that they had more good news. After Yaakov prepared himself mentally to hear the news, they told him that Yosef was alive. When he had processed that information, they added that Yosef was the ruler of all of Egypt.

According to Targum Yonasan (on Gen. 46:17), it was Serach, daughter of Asher, who informed Yaakov that Yosef was still alive, in which merit she lived an extremely long life and entered Gan Eden alive without ever passing away. According to one version of Targum Yonasan, when she informed Yaakov of the news, he blessed her and said, “The mouth that informed me that Yosef is alive should never taste death.”

The work entitled Aleph-Beit of Ben Sira (on page 50 of the Otzar HaMidrashim Eisenstien) adds that the brothers were embarrassed to tell their father that Yosef was alive since they had indicated that he was dead by showing him Yosef’s bloody coat (see Gen. 37:32). So instead they asked Serach to relay the news. When she did so, Yaakov blessed her as mentioned above.

The Midrashic work called Sefer Hayashar (on Parshat VaYigash) adds that Serach was very beautiful and wise and was a skilled player of the harp. She broke the news to her grandfather while playing on her harp and singing a song with the following words: “Yosef, ‎my uncle, is alive, and he reigns over all the land of Egypt; he is not dead.” After she repeated this several times, Yaakov was overcome with joy, and the Divine spirit returned to him. He blessed her and asked her to play it one more time. As she was doing so, the brothers arrived with the wagons to bring Yaakov to Egypt, and he realized that her words were true.

Other Appearances of Serach

Our sages say that Serach played a pivotal role in several events in our history. For example,

In connection to this, this article will discuss the importance of sharing good news and how it is best to not share bad news (if at all possible).

Do Not Bring Back a Bad Report

The Talmud (Megillah 15a) says that one should (preferably) not deliver a bad report. The Talmud explains that this is why the prophet Daniel did not inform Mordechai when Esther (initially) refused to approach King Achashverosh and plead for her people. (See Esther, Chapter 4.) [The verse says that Hasach was the name of the person who began relaying the messages between Mordechai and Esther. But, according to the Talmud (ibid) this Hasach was none other than Daniel the prophet.]

This concept is based on the verse in Proverbs (10:18) that, “He who spreads slander (or other negative information) is a fool.”

The Passing of Rav Kahana

The Talmud (Pesachim 3b) says that when Rav Kahana was ill, the sages sent Rabbi Yehoshua, the son of Idi, to see how he was doing. Unfortunately, when he came, he found that Rav Kahana had already passed away. So Rabbi Yehoshua rent his garment (in grief) and turned his cloak around so that the rip was not easily visible. When he returned to the rabbis, he was crying. The rabbis exclaimed, “Did he pass away?” Rabbi Yehoshua said, “You said it, not me, for one who delivers bad news is a fool.”

The Barley Is Good

The Talmud goes on to relate a story where a Rabbi Yochanan, the scribe, was sent to see how the wheat crop was doing. He found that it was not doing well. But instead of saying this, he reported that “the barley crop is doing well,” thus alluding that the wheat crop was not successful.

Similarly the Talmud (ibid) relates that when Rav was asked by his uncle Rabbi Chiya as to how his parents were doing (Rabbi Chiyah was related to both of them), Rav avoided answering directly from which Rav Chiya understood that they had both passed away.

The Battle of the Angels

The Talmud (Kesuvos 104a) says that when Rebbi (Rabbi Yehudah HaNasi, author of the Mishnah) was ill, the sages decreed that no one should announce his passing. They were afraid that perhaps the report would be erroneous and would cause an ayin harah (evil eye) which might result in his death. The sages sent Bar Kapparah (one of Rebbi’s students) to see how he was doing. Unfortunately, he had already passed away. Rather than announce the bad news directly, Bar Kapparah told the following parable upon his return:

“The angels and tzadikim (righteous men)  both clutched the Aron Kodesh (the sacred ark, a euphemism for Rebbi). The angels triumphed over the righteous, and the sacred ark was captured.” The rabbis said to him, “Has he died?” He said to them, “You said it; I did not say it.”

Rabbi Eliezer Papu (author of the Peleh Yoetz) writes (in his book Yaalzu Chassidim, page 301) that one may relay bad news if it will lead to constructive action.

Rabbi Papu adds that even in these situations, the very righteous people prefer not to be the bearers of bad news. Rather, they arrange for the news to be passed on by other people. This can be derived from the above-mentioned story with Daniel. Certainly it was important that Mordechai know about Esther’s (initial) refusal to go to Achashverosh so that he could convince her to overcome her fear and go (which Mordechai did successfully). Yet Daniel preferred that this information be passed on by someone else.

Another option in these cases is to break the news in an indirect way as mentioned in the stories from the Talmud cited above.

Bad News through a Non-Jew

One should not inform someone of good news when the recipient of the news is in the bathroom as the person may forget and say Baruch Hashem (thank G-d) while still in the bathroom which is not proper (Yaalzu Chassidim, page 305).

Upon hearing good news, one should first thank G-d and only then thank the bearer of the news.

Similarly, before saying L’chaim and giving someone a blessing, one should say a bracha (blessing) and drink some of the beverage so that he bless Hashem, the source of all blessings, before blessing a human being (ibid).