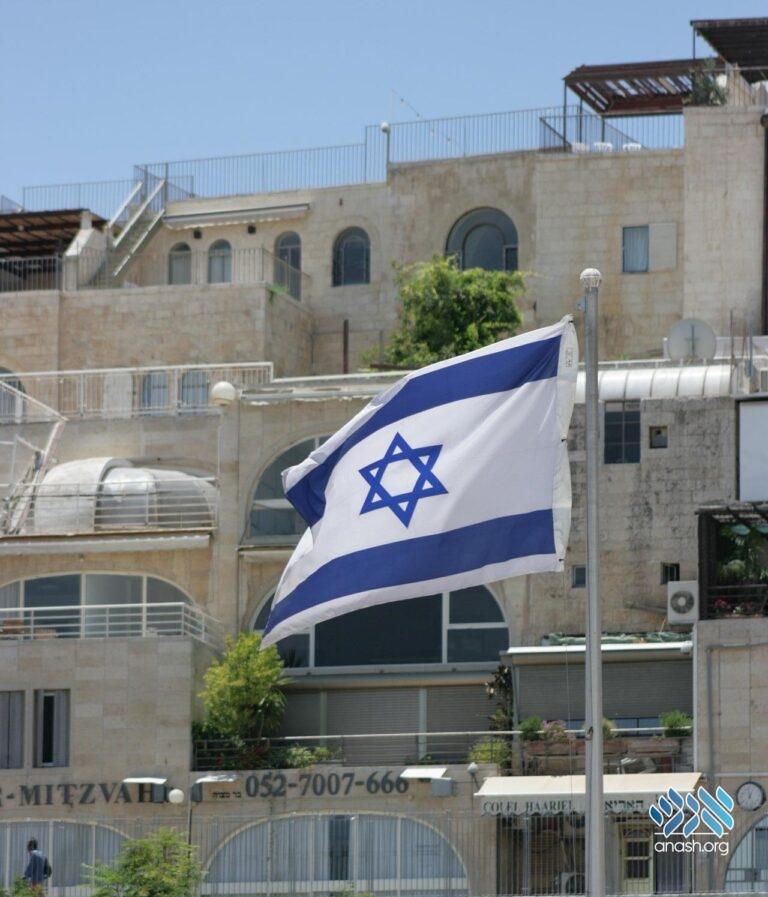 On 5 Iyar, many celebrate the birth of the State of Israel. What is the approach of Chabad and the Rebbe? Article by Rabbi Gershon Avtzon.

Question: I am the principal in a day school that is under the auspices of the local Chabad House. We try as much as possible to brand ourselves as a community school to attract as many families as possible to our school. We were invited to participate in a city-wide celebration of “Yom HaAtzmaut – Israel Independence Day” which occurs on Hey Iyar. My question is two-fold: (1) Would the Rebbe want us to participate? (2) If not, how to present it both internally (with our board) and to the community?

This is a very important and sensitive subject and thank you for the opportunity to share a few letters of the Rebbe on this subject. It is self-understood—but still worth mentioning—that the opinions expressed below are about the support of the symbols (and by extension the ideology) of Modern Zionism and not about supporting the security and safety of the Jewish people in Eretz Yisroel.

The Error of “Zionist” ideology

Before getting into the specifics, it is vital that we have an understanding of the Rebbe’s general view of Modern Zionism and the dangers that the Rebbe sees in it.

To our great dismay, the founding principle of the modern-zionist worldview is that a “Jewish homeland” is much more vital to the future of the Jewish people that living a life according to Torah and Mitzvos.

The Rebbe wrote this very clearly in an unapologetic letter to Mr. David Ben Gurion, the first prime minister of the modern state in Israel:

“It was once fashionable in certain circles to suggest that the Jewish religion and religious observances were necessary for those living in the Diaspora—as a shield against assimilation—but for those who can find another “antidote” in the place of religion, particularly for those living in Eretz Yisrael, within their own society, where the atmosphere, language, etc., (apparently) serve as ample assurances of national preservation, the Jewish religion was superfluous—what need had they to burden themselves with all its minutiae in their daily life?”

“But the trend of developments in Eretz Yisrael in the last seven or eight years has increasingly emphasized the opposite view: That however vital the need for religion amongst Diaspora Jewry, it is needed even more for the Jews in Eretz Yisrael.

“One of the basic reasons for this is that it is precisely in Eretz Yisrael that there exists the danger that a new generation will grow up, a new type bearing the name of Israel but completely divorced from the past of our people and its eternal and essential values, and moreover, hostile to it in its world outlook, its culture, and the content of its daily life; hostile—in spite of the fact that it will speak Hebrew, dwell in the land of the Patriarchs, and wax enthusiastic over the Bible.” (Igros, Vol. 18 p. 212; #6715).

Now, regarding the specific question:

(1) “In response to your thought to participate in the activities associated with Hey Iyar: I recently received a letter from Eretz Yisrael stating that many schools do not participate, so surely your school (which is outside Eretz Yisrael) does not need to participate.”

“You can explain to others that your main responsibility is to educate children. If there is anything that you do that would distance children from your institution, you refrain from doing it. Thus, being that there are so many extreme opinions on this sensitive issue (if and how to celebrate this day), the institution is remaining neutral (by not actively participating in any public events).” (Igros, Vol. 11 p. 28; #3404).

In a similar vein, the Rebbe wrote to a school principal in Eretz Yisrael who participated in the local Lag B’Omer parade and wondered why weren’t Israeli flags carried at the parade.

The Rebbe responded: “You certainly know that there is a principal instruction to all Chabad activists to do whatever is possible to spread Judaism, Torah and Mitzvos to all [Jewish] groups without getting involved in politics and the like, and certainly not enter matters of machlokes and anything that could prevent anyone from adding in Torah observance. You surely know that there are several groups that for various reasons (justified or not so) would be prevented from participation in the Lag B’Omer parade and the like because of flying [that] flag. Why should so many Jewish children lose out?” (the newly published Vol. 32 of Igros, p. 224; #11326)

The above is as far as participation in events celebrating this day. In the following letter, the Rebbe guides a school board on how the students should be educated on the true meaning of this date:

(2) “In response to your letter from Hey Iyar ([in which you reported] that there was an argument amongst the staff on how to approach the day. Some educators wanted to ignore it completely while others wanted to mention shortly that in 1948 the Arabs attacked the Jewish people and Hashem mercifully saved us):”

“It is known the teaching of the Baal Shem Tov that everything that one hears or sees is an act of divine providence and thus one must learn a lesson in their service of Hashem. This is especially so regarding an event that affects so many Jews, especially when we saw that Hashem miraculously gave victory to “the few over the many”. This event should be a cause of increased vigor of our service of Hashem.

“We should not be affected by the fact that there are those that do not act accordingly. They want to justify their behavior by saying that they are in the majority (the majority of Jews do not follow the ways of Torah). This [very] event shows us that the majority is not always the deciding factor! These people themselves are aware of that but have fallen under the influence of their evil inclination. This is (in addition) to acting in a totally ungrateful way towards Hashem.

“By way of analogy: There was once a great king who in order to express his love to a simple commoner, he lowered himself to the commoner and invited him to live in the royal palace. Would this commoner turn to the king and tell him that the home belongs to the commoner and he can act as he sees fit and would look to banish the king from his very own palace by acting totally against the king in every step? The analogy is clear. (Ibid page 85; #3469).

While the flaws of secular Zionism are obvious to any Jew with Torah perspective, the matter with religious Zionism runs deeper:

One of the biggest problems with the religious-zionist ideology is the declaration that the founding of the modern State of Israel is the beginning of the Geula (“aschalta d’geulah”) that Klal Yisroel has been waiting for.

This is totally against halacha (Rambam, Hilchos Melachim Chapter 11) which outlines the process of the emergence of the Geulah which is all based on the continued and completed fulfillment of the Mitzvos, something the State of Israel, unfortunately, has not aided, to say the least… Additionally, according to halacha, the process of Redemption must be led by Moshiach. There are many sichos and letters of the Rebbe about this topic, both in Hebrew and English.

May we be zoche to indeed witness speedily the true fulfillment of this messianic Redemption process at the complete hisgalus of the Rebbe, immediately!