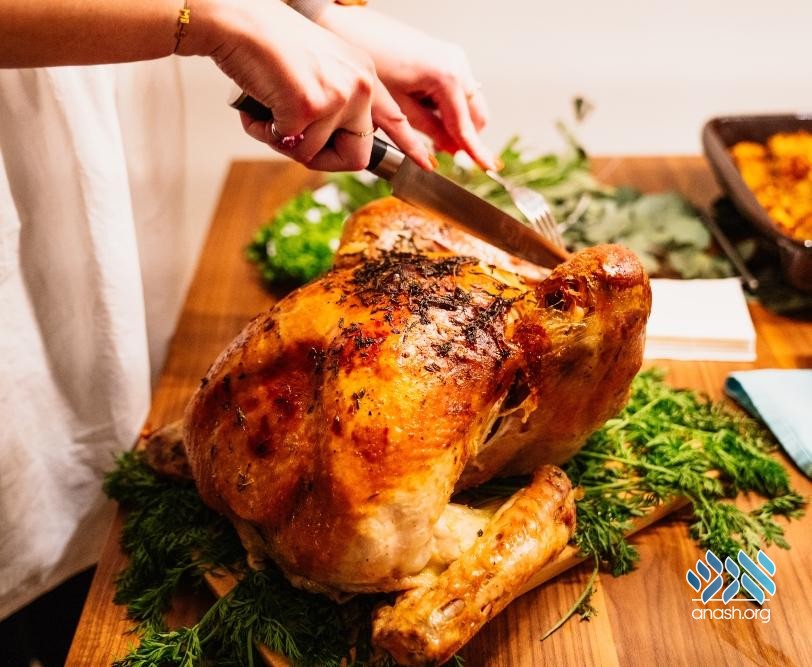 Thursday is the national holiday of Thanksgiving, celebrated in the United States and a number of other countries worldwide. What is the Rebbe’s view in regard to Thanksgiving? Are Jewish people allowed to celebrate it?

What is the Rebbe’s view in regard to Thanksgiving? Are Jewish people allowed to celebrate it?

Halachically, Thanksgiving is not similar to other non-Jewish holidays. This holiday is not based on a specific religion and one who celebrates it does not transgress the prohibition of “going in their statutes”.

Nonetheless, one should not establish it as a fixed holiday annually, and some say that a Ba’al Nefesh should be stringent and not celebrate it. So writes Igros Moshe in Even Haezer 2:13. (See also Igros Moshe Orach Chaim vol. 5, 20, 6; Yoreh Deah vol. 4, 11, 4; and Yoreh Deah vol. 4, 12). Mishna Halachos (vol. 10, 116) rules that it is forbidden to celebrate Thanksgiving, but many Poskim disagree with this position.

There is a Farbrengen of the Rebbe on the 19th of Kislev 5747 talking about the meaning of Thanksgiving and the lesson one can learn from it. The Rebbe did not say one should celebrate Thanksgiving, but mentioned the lesson in our lives how to serve Hashem. Nonetheless, from the context of the Sicha, it appears that the establishment of this day as a day of Thanksgiving has positive merit as it is associated with thanks to Hashem.

VIDEO: The Rebbe on Thanksgiving