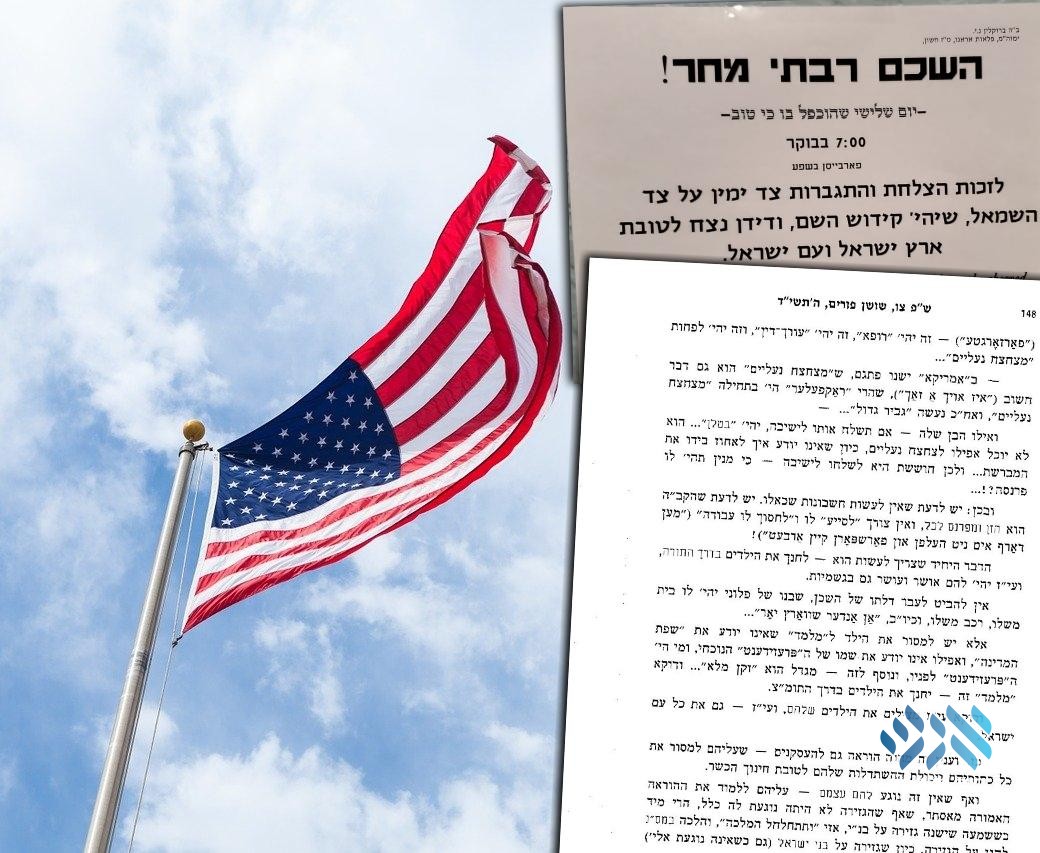 The election fervor gripping the United States has also trickled into our schools, yeshivos and shuls. Is it important to teach our students about their civic duty or is this an area where they don’t belong?

The weeks preceded the 2020 elections have seen the election fervor that is gripping the United States sweep into the Jewish community as well. Frum Yidden from every sector are discussing the outcomes of the polls, and support for one of the candidates is being shown in ways previously unimagined.

In yeshivos and schools as well, one could feel that the election was approaching. Many schools taught their students about the upcoming election, and others had their students daven or do mitzvos in merit of one of the candidates.

In one yeshiva, they even took it to the next level. A sign hung up in Oholei Torah Yeshiva in Crown Heights on Monday night announced that there would be a ‘hashkem,’ an extra half hour of learning in the early morning. The hashkem was condoned by a member of the hanhala, who wrote that it was “for the success of our President who showed & gave so much for Eretz Yisroel and Am Yisroel in general.”

Some proponents of this approach explained that it’s not simply about politics. One candidate, they say, will be better for Eretz Yisroel, and be better for frum Yidden and institutions. The other will wreak havoc domestically and internationally.

Without discussing the claims or their ramifications, the question remains if such discourse belongs in our schools. Are we to teach our children about civic duty and hakaras hatov, or perhaps the topic is not one for our schools?

In a landmark sicha said on Shabbos Parshas Tzav, Shushan Purim, 5714, the Rebbe spoke about the proper view on education, opening chassidim’s eyes on the matter.

In that sicha, the Rebbe was discussing the claim that it was necessary to send children to higher education, since that it was the sole way to ensure they would have parnassa. The Rebbe explained that one should not be making these calculations. Instead, one should rely on Hashem Who sustains the entire world.

“The only thing one must do is educate his children in the way of Torah. Through that, they will have wealth and happiness in physical and spiritual matters,” the Rebbe said, before describing what he saw as ‘chinuch in the way of the Torah.’

“One should give his child to a melamed who doesn’t know the language of the country, and doesn’t even know the name of the current president, nor who was president before the current one…

“Such a melamed will educate children in the way of Torah and mitzvos!”