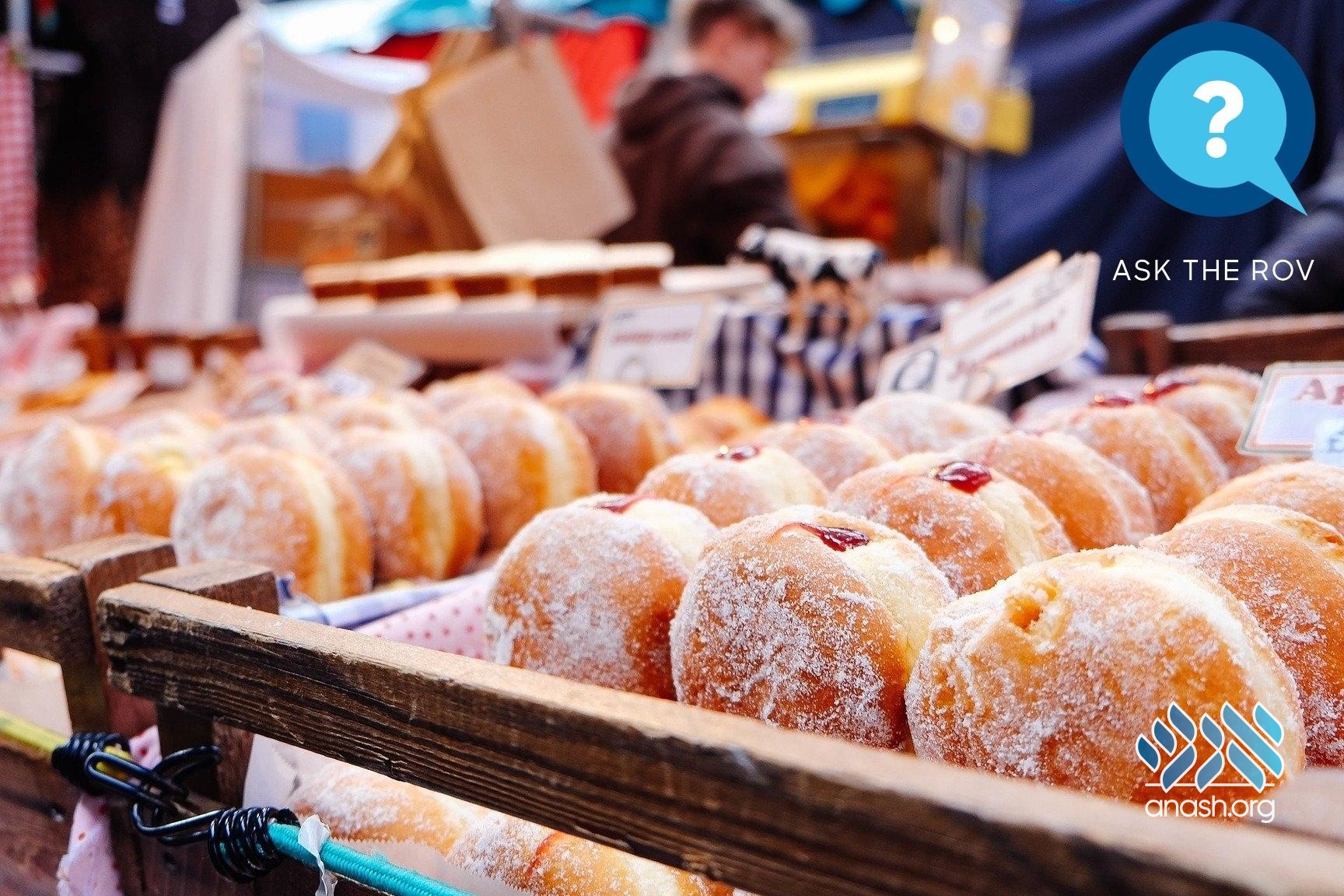 Ask the Rov: With a large Chanukah party planned, and an aversion to commercialized foods, I am planning on making all the donuts myself. Since the batter will be large, is there an obligation to separate challa from the dough?

The Torah commands that challah be separated from the dough that we knead. Halacha explains that this requirement is limited to dough that will be made into a final product that resembles bread. The obligation applies to flour from any of the five grains (wheat, barley, spelt, rye, oats) when the amount of flour meets the shiur of tenth of an eifa (as elaborated in issue 528).

There are only seven liquids which are halachically considered “liquid” (this is particularly relevant for making food susceptible to impurity). They are: water, wine, oil, milk, dew, honey and blood. All other juices are not halachically “liquid.” Thus, if one makes dough with fruit juice or vegetable oil and none of the seven halachic liquids, some poskim exempt it from challah. While the Shulchan Aruch rules that challah is required, due to the machlokes a bracha should not be recited unless some of the liquid is water, or halachic liquids make up the majority of the liquid in the dough. When a dough is made with pure fruit juice, Shulchan Aruch advises mixing in at least a drop of water before the flour and liquid are well mixed together to allow the challah to be burned.

A loose and pourable batter that is cooked or fried (e.g. pancakes) is not at all like bread and does not require challah. If it is baked (e.g. cake) and thus gets a bread-like consistency, while some poskim are inclined to be lenient in chutz la’aretz, R. Shlomo Zalman Auerbach rules challah is required. When the dough is of a loose consistency, the challah should be separated only after baking once it acquires a resemblance to bread. This is of course provided that one used the shiur of flour that necessitates hafrasha (by regular white flour – at least 2 lb. 11 oz. to separate without a bracha).

When thicker dough is made with the intention to be cooked or deep fried afterwards (e.g. pasta, doughnuts) poskim debate whether the thick consistency of the dough in the interim necessitates hafrashas challah, or the intention to subsequently cook it precludes its resemblance to bread. Some rule that challah be separated without a bracha, but the Alter Rebbe rules that such dough is exempt.