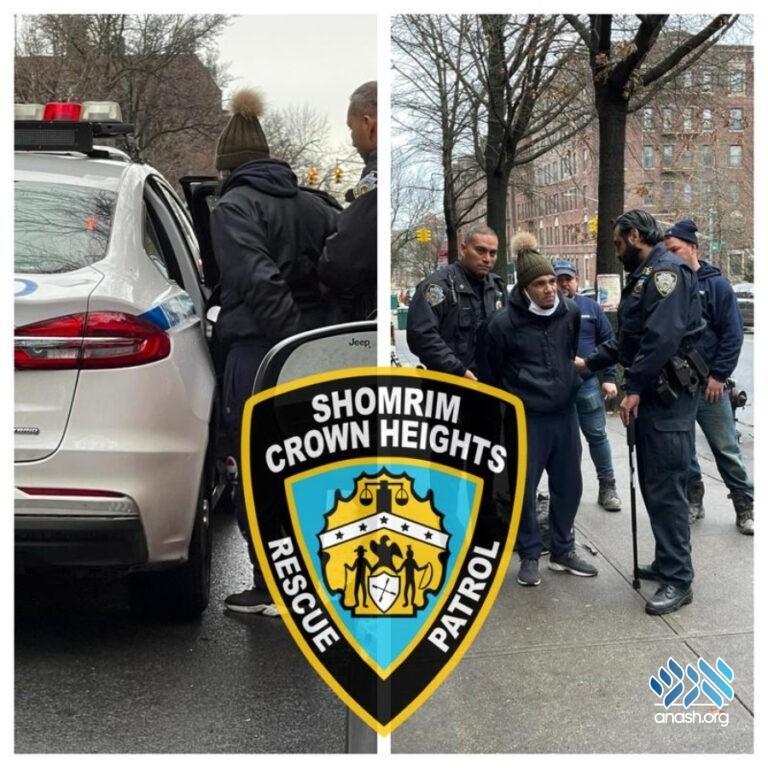 A shoplifter who stole from a Crown Heights store on Wednesday was arrested by the NYPD on Thursday after Crown Heights Shomrim caught him walking into the very same store.

A serial shoplifter was taken off the streets of Crown Heights after trying to rob the same store for the second time in as many days.

The alleged culprit stole from the Little Toes clothing store on Kingston Ave. on Wednesday afternoon. After the owners called Crown Heights Shomrim, they canvassed the neighborhood in an attempt to find him, but he evaded the volunteers.

On Thursday, the shoplifter was spotted once again on Kingston Ave. and Shomrim volunteers began following him while contacting the police department.

As the volunteers were following him, they saw him walk into Little Toes again, attempting to rob the shop for the second time in as many days. Luckily, the NYPD pulled up right then and arrested him before he was able to steal anything.

“After shoplifting from a local clothing store yesterday, he came back for more, but this time, our vol[unteer]s were one step ahead of him. Great collaboration with responding NYPD 71st Precinct officers results in one under arrest,” Shomrim wrote on Twitter.