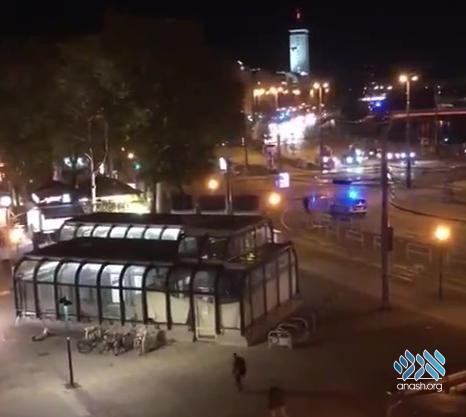 An ongoing shooting incident is taking place in the center of Vienna, Austria, near the main Jewish community center and Shul. It is still unclear if the Shul was targeted.

About 50 shots were fired in an incident on Monday near an area in Vienna with several synagogues, but the attack did not involve the Jewish institutions, the president of the city’s communal organization said.

The Austrian Ministry of the Interior said the incident may have been a terrorist attack. One perpetrator is said to have been killed, others may be on the run, a ministry spokesperson told Heute.

The internal security of the Jewish community in Austria has instructed all Jewish citizens not to leave their apartments or houses. Police reported at least 7 dead and many more injured. but Jewish leaders in Vienna, including Chabad Rabbi Jacob Biderman, are reporting no casualties at any Vienna synagogues.

In a recording circulating on social media, a local shliach said that the attack was pre-planned and was a multifront attack, including shootings at all places Jews would normally gather at that time of night.

“It is only through a miracle that no one was there,” the shliach said. “All shuls and restaurants had closed early on Monday to prepare for the upcoming lockdown, and no one was in any of the locations targeted.”