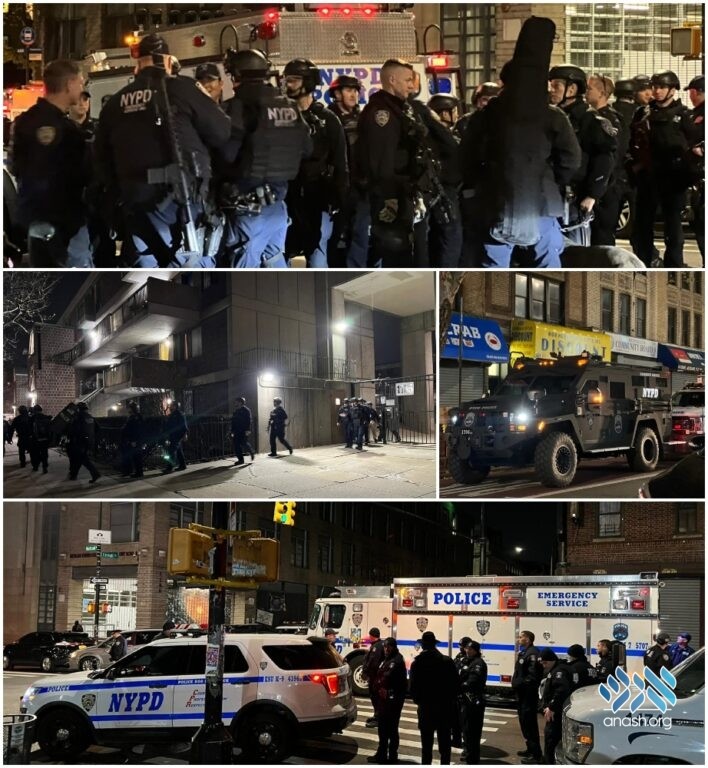 An armed suspect wanted for 2 murders was apprehended by Police Tuesday morning after an intensive manhunt that brought hundreds of police personnel to Crown Heights.

A serial shooting suspect wanted in connection with three attacks in Brooklyn and Manhattan — two of them fatal — surrendered early Tuesday after an intensive manhunt.

Sundance Oliver, described by police as “armed and extremely dangerous” turned himself in at an NYPD precinct in Crown Heights. His surrender came after a large-scale manhunt.

Much of the search was focused on the Crown Heights neighborhood where hundreds of Police officers and personnel blanketed the area.

Oliver was first identified by police as the suspected gunman in the Monday morning shooting of a 96-year-old man in a wheelchair in Brooklyn and the killing of a 21-year-old man in Lower Manhattan hours later.

After midnight, the suspect shot a 17-year-old girl in the chest inside a housing development in Crown Heights. The girl was pronounced dead at an area hospital.

Her death marked the third shooting police attributed to Oliver in the span of less than 15 hours, sending investigators into an exhaustive search.

NYPD Chief of Detectives James Essig said that Oliver is “very well-known” to the department, with 12 prior arrests, including charges of robbery, criminal possession of a weapon, and menacing.