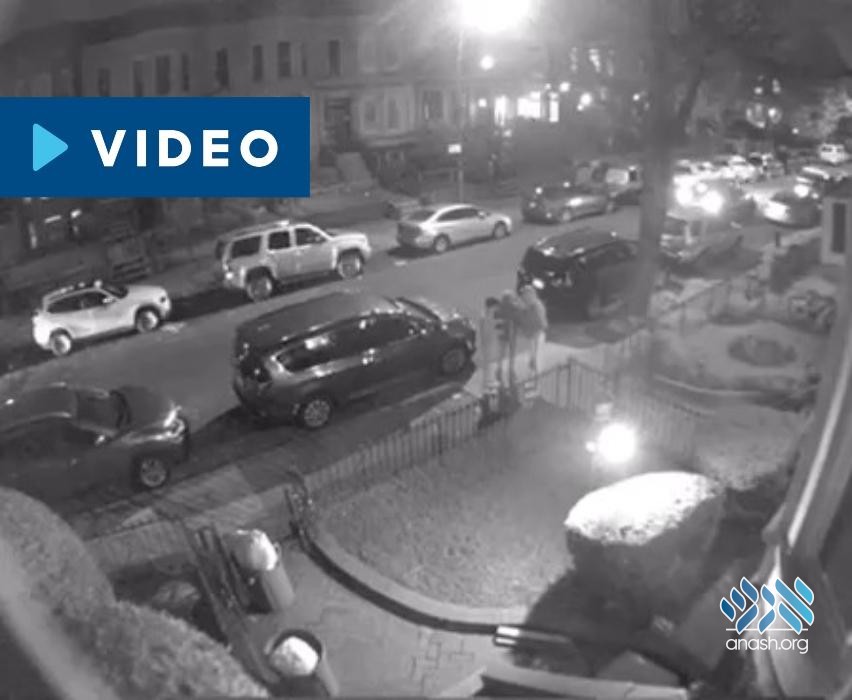 Crown Heights Shomrim is urging residents to keep an eye out for unusual activity, and to give them a call if anything is suspected. “We usually see an uptick in muggings before the holiday season,” they told Anash.org.

Following two separate mugging incidents in Crown Heights on Sunday night, the Shomrim neighborhood patrol is urging residents to be extra vigilant over the coming weeks.

On Sunday evening, two black males approached a 19-year-old Jewish man on Union Street and Albany Avenue at around 7:00PM, displayed a firearm, and demanded his wallet and cell phone.

They forced the victim to send them money using CashApp before taking the phone and driving away.

Later that night, a Jewish woman was walking on Rutland Road near Troy Avenue, when a black male approached her and demanded her wallet. When she resisted, the man violently shoved her to the floor, grabbed her wallet and fled.

Shomrim say that they arrived at the scene of the second mugging within minutes, but the women needed medical attention and they remained with her until Hatzala arrived.

“We still hope to find the perpetrator, utilizing security cameras or any other methods at out disposal,” Shomrim said.

In a conversation with Anash.org, Shomrim coordinator Rabbi Mendy Hershkop urged that Crown Heights residents be extra vigilant over the coming weeks.

“Unfortunately, every year, we see an uptick in muggings around the time of the ‘holiday season'”, he said. “People are looking for money for their ‘holiday’ needs, and some turn to theft to get that money.”

Rabbi Hershkop encouraged locals to keep an eye out for any unusual activity, and to call Shomrim on any suspicion.

“We are here to service the community,” he said. “Give us a call. We are glad to be of any assistance, and if someone is indeed planning a mugging, we will be able to prevent that from happening.”

Hershkop said the proper approach to security can be learned from this week’s Parsha.

“In the beginning of the Parsha, we learn that “ויותר יעקב לבדו ויאבק איש עמו” – “Yaakov was left alone…and a man wrestled with him”. Meforshim explain that the reason the malach was able to wrestle with Yaakov was because he was left alone, and none of his sons accompanied him. Same thing applies in our situation. If we stick together, and look out for one another, no one will be able to attack or injure us,” he said.