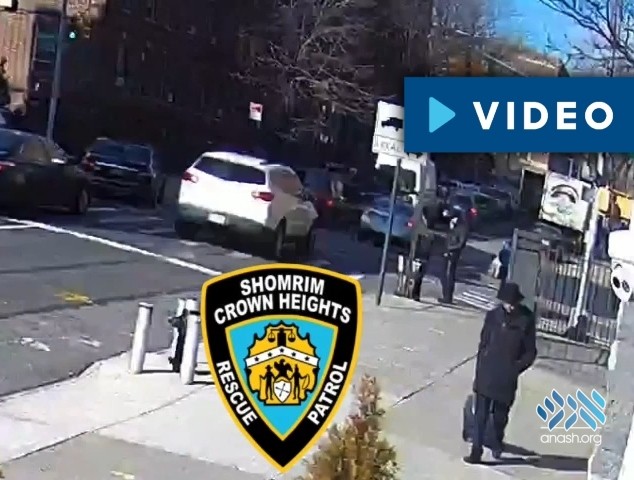 Crown Heights Shomrim released a video of the 2 attempted muggings on Tuesday afternoon by three male teenagers. A search for the perpetrators is underway.

Two Jewish residents of Crown Heights were attacked in separate incidents on Tuesday, the latest in a string of assaults in the neighborhood.

The first took place at approximately 2:10 pm, in the vicinity of Empire and Troy Avenue. Shomrim responded to a third-party call of an attempted robbery that occurred approximately 10 minutes earlier.

Thankfully the victim was able to fend off the perpetrators and he was not injured. A police report was filed and the NYPD.

At approximately 4 pm, Shomrim received another call from another victim who said that at approximately the same time as the first incident, a group matching the same description (three male teenagers with backpacks) brandished a knife at him and tried robbing him, but he managed to get away.

Shomrim responded with multiple volunteers and canvassed the area extensively to no avail. Police were called, and this will be added to the investigation.

“Anyone with any knowledge of these incidents please let us know,” a Shomrim volunteer said. “Shomrim reminds the public to please call in real-time at 718-774-3333.”