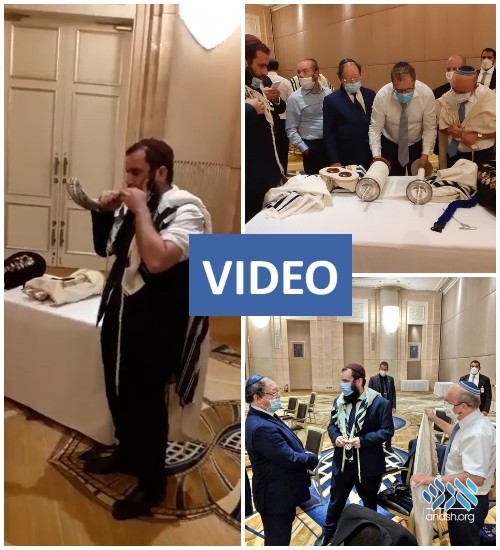 Members of the joint US-Israel delegation to the United Arab Emirates to negotiate the historic peace accord joined the Jewish community in Abu Dhabi for Sharchis davening led by Rabbi Levi Duchman.

Leading the prayers was Rabbi Levi Duchman, the only full-time rabbi living in the United Arab Emirates. He was joined by Solly Wolf president of the Dubai JCC as well as other prominent local business leaders.

Special Presidential Advisor Jared Kushner said he believes that it is “possible” and “logical” that all 22 Arab nations will recognize Israel one day, and that the fourth Arab nation may do so in the coming months.