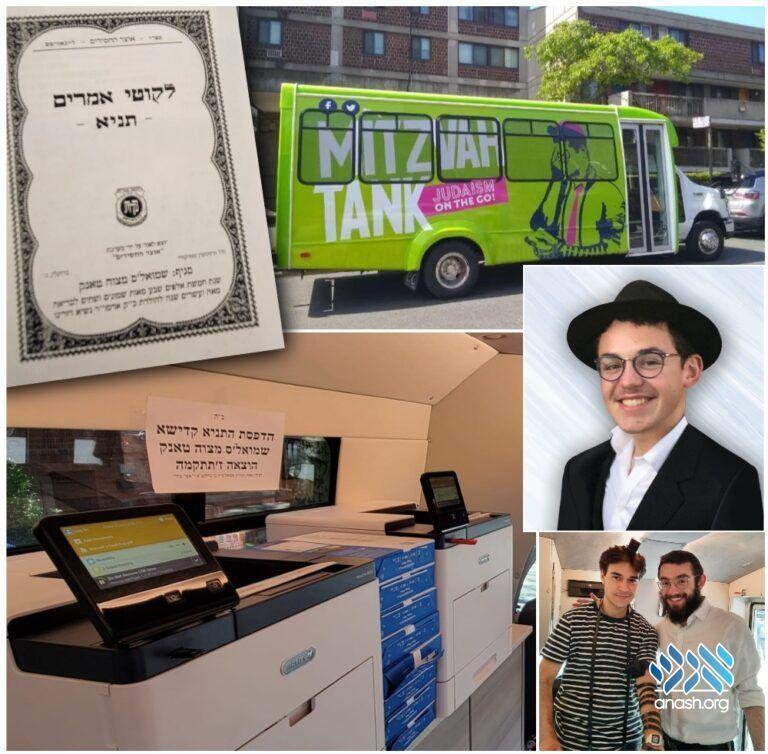 To mark the third yahrzeit of their dear friend, classmates of Shmuel Karnowsky got together on his Mitzvah tank they dedicated in his memory to print a new edition of Tanya.

Three years ago, Shmuel Karnowsky was taken from our midst at the tender age of 15. Shmuel was a devoted chossid and talmid and took his role in the world very seriously. Every mitzvah Shmuel did, he did sincerely, and lovingly. His absence left a hole that was widely felt.

To honor his memory, Shmuel’s friends decided that there is no better way to encompass all that Shmuel stood for than to dedicate a brand new mitzvah tank in his memory. A Mitzva tank would allow thousands of mitzvos to be done in his memory.

For the past 2 years, Shmuel’s tank stands every Friday on Wall Street in lower Manhatten, offering Jews a chance to put on Tefillin and do another Mitzvah.

Now, around the time of Shmuel’s third yahrzeit, Shmuel’s classmates got together to print a Tanya in memory of their dear friend, on his Mitzvah tank.

Following the printing, the group took the opportunity to learn from some of the newly printed pages.