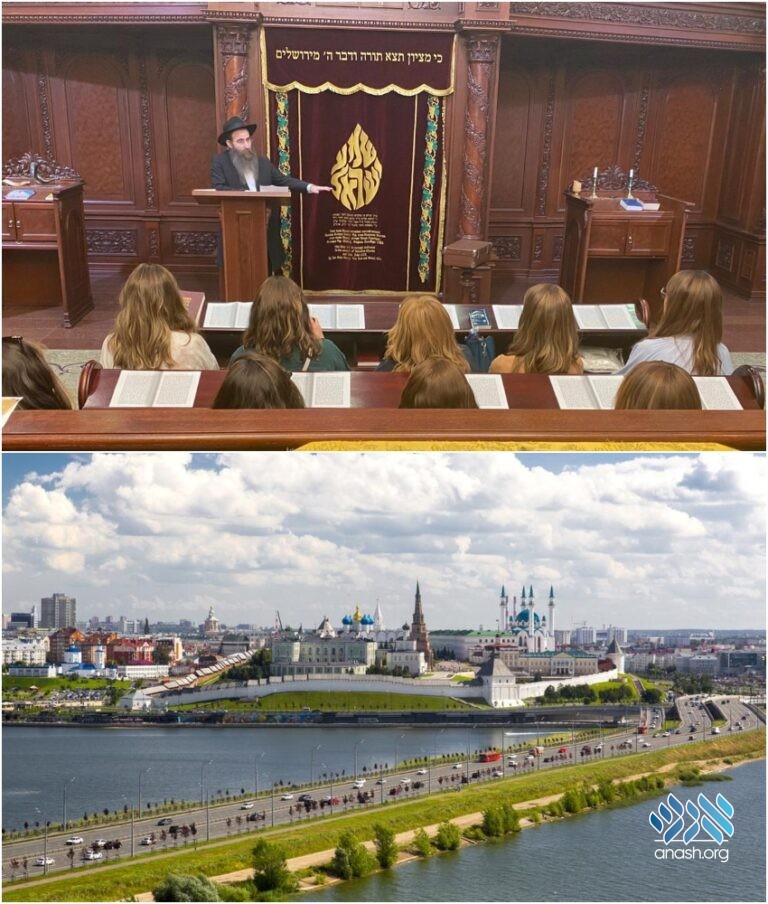 Shluchim in Russia’s smaller cities gathered for a unique Kinus Hashluchos in the city of Kazan, capital of Russia’s Muslim Republic of Tatarstan, hosted by the local shluchim there, Rabbi Yitzchack and Chani Gorelik.

Shluchim in Russia’s smaller cities face unique challenges the likes of which their colleagues living in larger cities like Moscow or Petersburg don’t usually need to deal with. It was with this in mind that a special conference was arranged last week for these shluchos, many of whom are the only observant family in their city.

The Conference took place in the city of Kazan, capital of Russia’s Muslim Republic of Tatarstan, and was hosted by the local shluchim there, Rabbi Yitzchack and Chani Gorelik.

The conference began with the Mayor of Kazan speaking to the Shluchos about the important role they play in the revival of Jewish life, while peppering his talk with words in Yiddish and Ivrit.

Shluchos were then treated to a tour of Jewish life in Kazan which includes a variety of programs and institutions for all ages and stages. It was inspiring and uplifting to see the work of their fellow shluchim for the Jews of Russia and no doubt sparked new ideas to bring back home to their cities.

The four-day conference program was packed with classes and workshops for the dozens of participants, during which time there was also a parallel program for the young girls who arrived together with their mothers. The girls’ program was run by the junior shluchos themselves. When the four days of the Kinnus were over, the shluchos returned to their respective cities with renewed energy and enthusiasm to continue being a beacon of light in their corner of Russia.